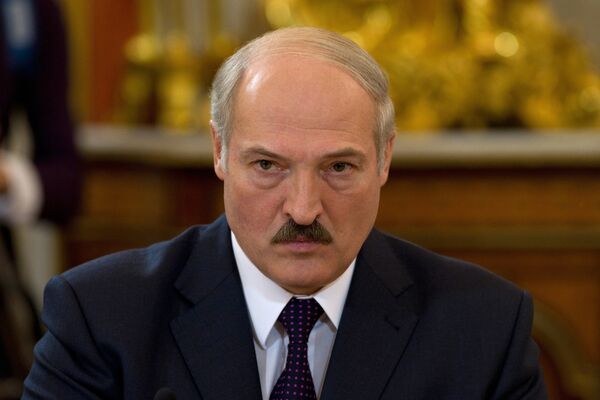 Belarusian President Alexander Lukashenko wishes that all of his rivals who run for presidency at the 2010 elections would leave the country.

Belarusian President Alexander Lukashenko wishes that all of his rivals who run for presidency at the 2010 elections would leave the country.

"I pray to God that all of them flee," Lukashenko said on Friday, adding that he was sure neither Europe nor the United States wanted to host country's opposition activists.

More than 600 people were detained during large-scale protests that broke out in the capital, Minsk after December 19 presidential elections which saw Lukashenko win a fourth term in office with almost 80 percent of the vote.

Most of the detainees have been charged with administrative offenses, but dozens of criminal cases have been initiated over the protests, including several against former presidential candidates.

Lukashenko said he controlled the December 19 policing operation himself. "I did not just merely contemplate the tumult; in fact, I was privy to operations control"

"In contrast to the U.S. and European democrats, we have never sprayed [protesters] with water or used tear gas," Lukashenko said.

The United States and European Union have imposed travel and financial sanctions on Lukashenko and 157 other state and government officials in response to the elections, which the opposition and international observers denounced as flawed, and the subsequent clampdown.