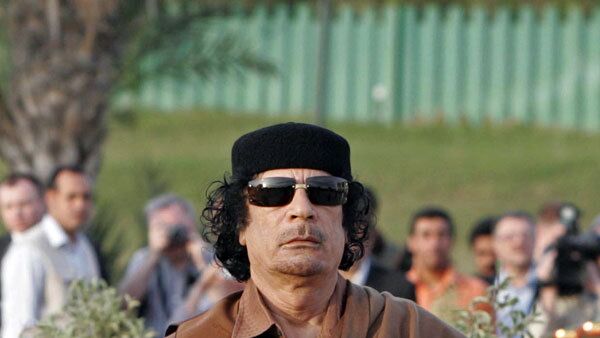 Residents in Russia's Western Siberian city of Novosibirsk staged a rally on Wednesday in support of Libyan strongman, Muammar Gaddafi.

The protesters carried anti-NATO posters along with ones supporting Gaddafi, and tore up a NATO flag at the climax of the rally.

The alliance is among the international organizations looking at the possible scenarios concerning Libya, including military intervention in the divided country.

"We are against international intervention [into Libyan affairs], we want to support the Libyan people," one of the participants said.

Viktor Kozodoy, a political expert in Novosibirsk, said the rally was unlikely to resonate further as "Libya is too far from us."

Fierce clashes between Libyan rebels and Gaddafi supporters have been raging in the country since mid-February, claiming thousands of lives.