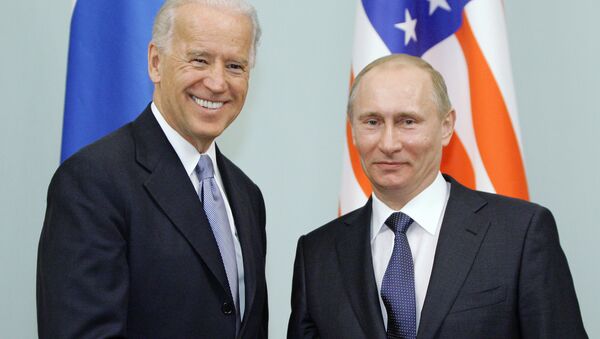 Biden is holding talks with the Russian premier as part of an official visit to Moscow.

"If Russia and the United States agreed to introduce a visa-free regime before Russia makes an agreement on the matter with the European Union, it would be a historical step in the development of Russian-U.S. relations," Putin said.

The Russian authorities have long been trying to persuade Europe to drop visas for Russian citizens, but their attempts have so far yielded no significant results.

Deputy Government Chief of Staff Yury Ushakov said later in the day no practical measures to scrap visa requirements were discussed at the talks.

"No specific measures were discussed," Ushakov told journalists, adding that this was the first time top Russian and U.S. officials had addressed the issue.

"Positive signals... should lead to practical steps. Then it would be easier for both countries to abandon stereotypes that have existed for long time," he added.