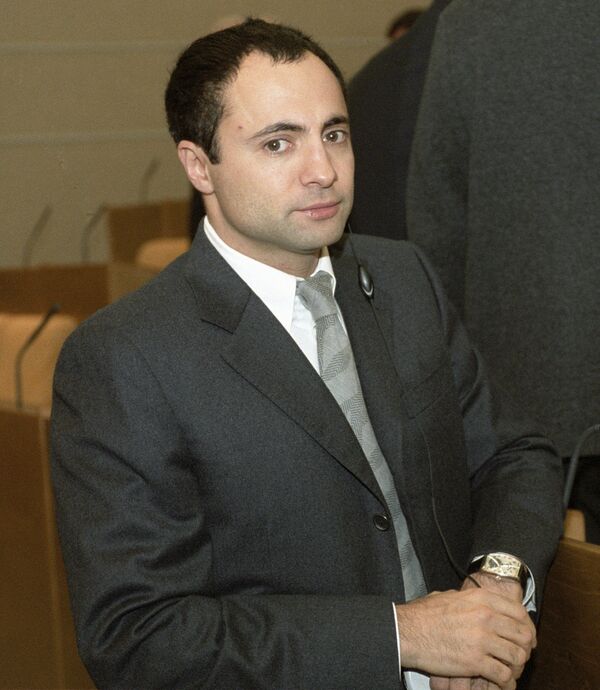 A total of 377 State Duma deputies voted for the approval of the arrest, 38 voted against and one abstained.

"Yegiazaryan is not guilty," Zhirinovsky said. "The arrest is needed in order for him to sign papers and give up his share in the hotel Moscow. There is no crime. He did right to flee [the country] and is right that he is not coming back. You'll never catch Yegiazaryan. And the U.S. will be on his side."

Yegiazaryan, a member of the Liberal Democratic Party (LDPR), is accused of embezzling more than 500 million rubles ($16.2 million) from a former acquaintance for the construction of a trade center in Moscow and the renovation of the Moskva Hotel adjacent to Red Square.

Investigators say in 2003 Yegiazaryan suggested Mikhail Ananyev, the former deputy head of the Federal Agency for State Property Management (Rosimushchestvo), invest in the facilities in exchange for a stake.

Yegiazaryan is also believed to have fraudulently acquired the right to 20% in shares worth over 1.5 billion rubles ($48.7 million) in a joint stock company that runs a Moscow shopping and leisure complex.

In November 2010, the lower house of the Russian parliament stripped Yegiazaryan of his political immunity following a request by Russian Prosecutor General Yury Chaika. It was only the fourth time a lawmaker has been stripped of immunity since the collapse of the Soviet Union.

In late 2010, the former lawmaker was put on the international wanted list. Media say the ex-lawmaker is now living in the United States.