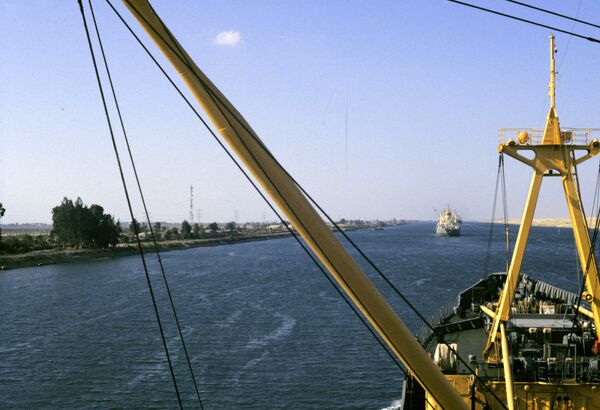 The Alvand frigate and the supply ship Kharg crossed the canal on February 22, the first Iranian ships to do so in more than three decades. Iran said the vessels were not taking part in drills as initially announced but carried a "message of peace and friendship."

Israel described the incident as a "provocation."

"The two Iranian ships entered the Suez Canal at 0400 a.m. (0200 GMT) from the northern entrance of the Mediterranean and are on their way to the Red Sea," the Jerusalem Post quoted the official with the Suez Canal Authority as saying.

The ships are expected to reach the Red Sea later on Thursday.