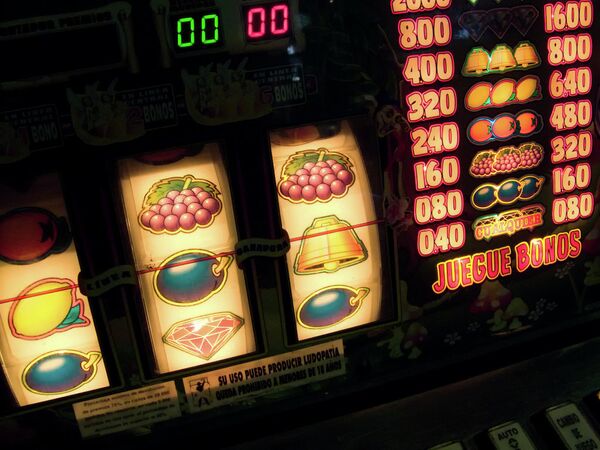 © RIA Novosti
Subscribe
The Moscow Region prosecutor's office and the police department have been involved in the illegal gambling business, the Russian Federal Security Service (FSB) said in a statement on Monday.

The Moscow Region prosecutor's office and the police department have been involved in the illegal gambling business, the Russian Federal Security Service (FSB) said in a statement on Monday.

"During a search, photographs and videotapes were seized as evidence of concrete ties between the heads and other staff of the Moscow Region's prosecutor's office with representatives of underground gambling business," the FSB said in a statement.

The FSB seized a number of documents on the ownership of land in Moscow Region's elite zones, application forms and copies of passports of applicants seeking work in the illegal gambling business.

The FSB said the organizers of the gambling business also paid for vacations abroad for the prosecutor's office staff and police. The service said that illegal gambling areas were located in 15 cities in the Moscow Region and that some 1,200 slot machines were seized during the search.

Copies of documents on the assets of fugitive Russian businessman Boris Berezovsky were also confiscated during the search, the FSB said.

The office of the alleged organizer of the gambling business was located in a building which once belonged to Berezovsky. Along with documents, the FSB found paintings by Rembrandt and Picasso worth more than $5 million.

An aide to the Moscow judge who imposed a jail sentence on former Yukos CEO Mikhail Khodorkovsky in December has claimed the verdict was determined by "higher" powers and said the original verdict by Khamovniki Court Judge Viktor Danilkin was "replaced" and forced upon him against his will.

Danilkin has denied the allegations.

In 2009, Russia ordered the closure of all gaming establishments except in four specially designated areas - in the Baltic exclave of Kaliningrad, south Siberia's Altai Territory, Primorye in the Far East, and the Azov Sea coast in southern Russia.

According to official reports, the gambling industry in Russia was thriving with turnover estimated at $6 billion in 2008. Casinos paid almost $1 billion in taxes that year.