Bomb goes off on railroad in Russia's Dagestan 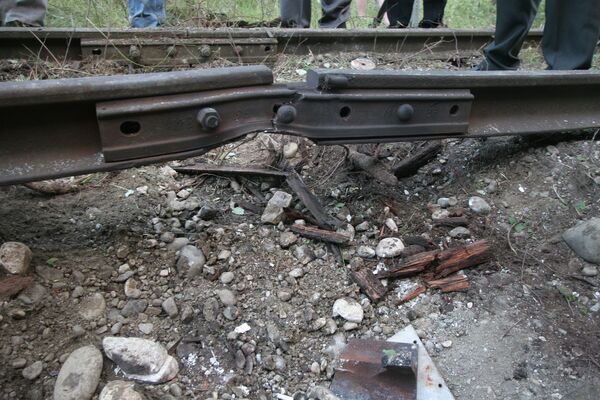 A bomb went off on a railroad in Russia's volatile North Caucasus republic of Dagestan late on Thursday.

A bomb went off on a railroad in Russia's volatile North Caucasus republic of Dagestan late on Thursday, a local police official said.

The explosion took place at 10:14 p.m. local time (19:14 GMT) near the city of Kizlyar when a freight train was passing through, the spokesman said.

The train, which was en route from the southern city of Astrakhan to Dagestan's capital of Makhachkala, was not derailed, and no injuries have been reported.

Police have been working at the site of the blast, the spokesman said.

In July, 2010, two freight trains were derailed in Dagestan by bomb explosions. In one of the cases, the train driver and his assistant were injured.

In late 2009, 27 people were killed and 92 injured when a bomb equivalent to 7 kg (15 lbs) of TNT derailed the high-speed Nevsky Express train en route from Moscow to St. Petersburg.