Russia should not ignore rights violations in Belarus - Lavrov 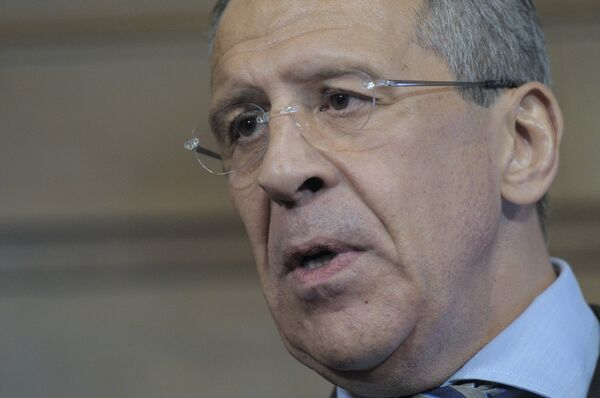 © RIA Novosti
Subscribe
Russia will not turn a blind eye to violations of human rights in Belarus following December's flawed presidential elections and a brutal clampdown on the opposition, Russia's foreign minister said on Thursday.

Russia will not turn a blind eye to violations of human rights in Belarus following December's flawed presidential elections and a brutal clampdown on the opposition, Russia's foreign minister said on Thursday.

"Belarus is our brotherly country, our strategic partner... But this does not mean we [Russia] should close our eyes on violations of basic human rights and freedoms," Minister Sergei Lavrov said in an interview with Russia Today international TV channel.

"This is also the position, which emphasizes that Russia is not going to be guided by double standards. This also implies to human rights protection and respect inside the Russian Federation," he said.

Speaking about Russian citizens detained during the protests and who still remain in custody, Lavrov said "this is unacceptable."

"The accusations [against them] are not looking very serious, frankly speaking. And we try to get more clarity from our Belarusian colleagues," he said.

The Belarusian elections saw incumbent President Alexander Lukashenko, who has ruled the country for more than 15 years, win a fourth term in office with almost 80 percent of the vote.

More than 600 people were detained during large-scale protests that broke out in the capital, Minsk, following the polls that the opposition claimed were rigged. Most of the detainees have been charged with administrative offenses but dozens of criminal cases have been initiated over the protests, including several against former presidential candidates.

On Monday, the European Union announced the introduction of new travel and financial sanctions on President Lukashenko and 157 other state and government officials.