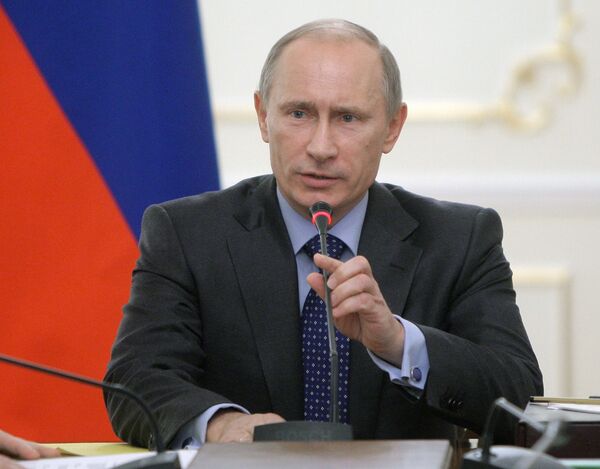 A powerful blast ripped through an international arrivals hall of Russia's largest airport on January 24. A total of 36 people have been killed and over 100 seriously injured in the explosion.

Answering the journalists' questions on the Domodedovo blast probe, Putin said "an investigation is ongoing, people are working effectively."

When a journalist asked Putin if the investigation has yielded any clues, the premier said "not just clues, we may consider that the case has been cleared."

Russian investigators said earlier they had compiled a list of up to 10 suspects behind the deadly terrorist attack. One of the suspects and possibly the perpetrator is a resident of south Russia's Stavropol region, a police source said.

No group has yet taken responsibility for the attack, which comes less than 12 months after two female suicide bombers from the volatile North Caucasus struck the Moscow metro, killing dozens.

Putin said earlier that preliminary information showed the Domodedovo blast was not linked to Russia's North Caucasus republic of Chechnya.

The Russian prime minister has called the attack an act of "senseless cruelty."

"They [terrorists] do not even understand what they want, they cannot formulate their demands. It is just this anarchic terrorism against everyone and everything: against the state, the authorities and against the country," he said.