Egypt says will stick to foreign policy despite protests 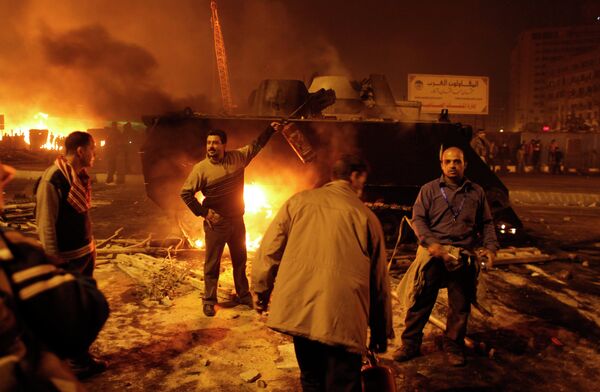 The Egyptian Foreign Ministry said on Sunday Cairo will maintain its current pro-Western foreign policy despite the widening political protest.

The Egyptian Foreign Ministry said on Sunday Cairo will maintain its current pro-Western foreign policy despite the widening political protest.

The ministry said the "latest events have shown who is the real friend of Egypt and who is not" and made it clear who wants to undermine security in the Arab country.

Anti-government protests started in Egypt on January 25, with crowds of tens of thousands demanding President Hosni Mubarak step down after three decades in power.

At least 150 people have been killed and about 4,000 injured, Al-Jazeera TV channel said.

Mubarak has rejected calls from protesters to resign and dismissed the country's government on Saturday, pledging to form a new one and bring in democratic reforms.

The upheaval in Egypt, a key U.S. ally in the volatile region, has posed a great challenge to Washington, with the latter threatening to cut the $1.5 billion in military and economic aid per year to the country.

U.S. President Barack Obama called on Mubarak on Friday to take steps towards democratic reform saying: "This moment of volatility has to be turned into a moment of promise."