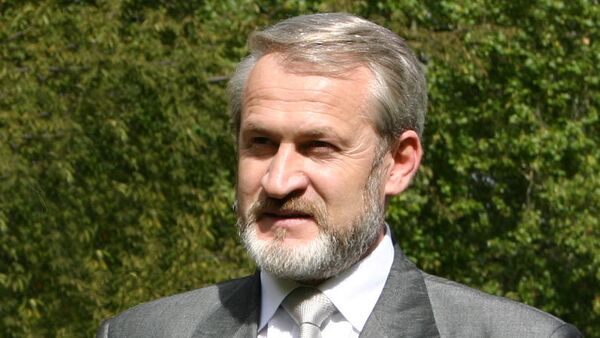 Poland has denied a visa to Chechen separatist leader Akhmed Zakayev who wants to attend hearings on his extradition in Warsaw later this week, Polish media cited Zakayev's lawyer as saying on Tuesday.

"I don't understand this decision," lawyer Radoslav Bashuk said. "I would like an explanation as to why a visa denied the person who requests it because he wants to participate in own hearing."

Zakayev, who arrived in Poland in September 2010 to attend a Chechen congress, was arrested by Polish police at Russia's request, but the Warsaw District Court freed him several hours later.

Polish prosecutors asked the court to extend Zakayev's arrest for 40 days but their petition was rejected because Zakayev has political refugee status in Britain, which is valid on the entire territory of the EU.

After the congress Zakayev returned to London, where he has permanent residence.

In late December, the Warsaw District Court ruled not to consider Russia's extradition request for Zakayev as the separatist leader was not on Polish territory, but the decision was later appealed.

"It is our aim to prevent Poland being exploited by either Russia, which demands Zakayev's extradition, or Zakayev, who uses our country to unrestrainedly demonstrate his views," Tusk said.

Zakayev, who took part in the first Chechen war and allegedly led attacks on federal forces, was placed on an international wanted list by Russia in 2001 but was granted political asylum by Britain in 2003.

Russia has repeatedly asked Britain to extradite him, but the request has invariably been denied.