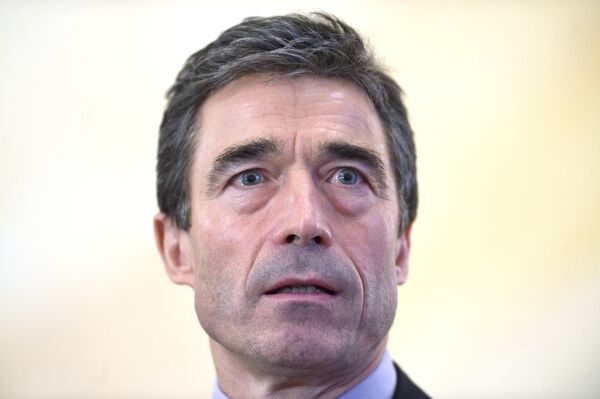 Russia and NATO agreed to cooperate in the creation of a joint missile defense shield in Europe during a NATO-Russia Council meeting in Lisbon in November last year. The parties agreed to formulate terms for missile defense cooperation by June 2011.

"By exchanging information we share a bigger, wider picture of the skies above Europe. By developing potential synergy between two systems we would improve the protection of the allied and Russian territories," Rasmussen said, adding that by having two independent systems, Russia and NATO states would avoid outsourcing their security to one another.

Russia's envoy to NATO, Dmitry Rogozin, said in mid-January that Russia did not want to create two different systems that would exchange information, as this would be "aimed at deterring Russia's nuclear potential under the guise of protection against Iranian missiles."

He proposed instead to create a fully-fledged system with "joint centers for establishing threats and based on joint decisions."