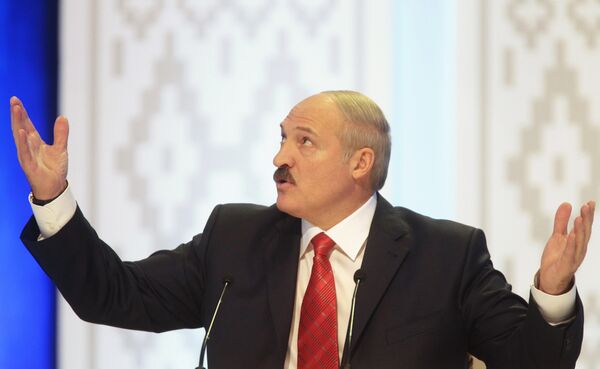 European Parliament chairman Jerzy Buzek said on Wednesday the regime of Alexander Lukashenko, who secured a fourth term in last month's presidential polls in Belarus, has no democratic legitimacy.

"Undoubtedly, the Lukashenko government has no democratic legitimacy," Buzek said during the opening of an extraordinary session of the European Parliament's foreign affairs committee.

Lukashenko, who has ruled Belarus with an iron fist since 1994 and has been dubbed by the United States "Europe's last dictator" for his clampdown on opposition and dissent, gained a landslide victory in the polls with 79.67 percent of the vote. International monitors said the election was "flawed."

Earlier on Wednesday, Buzek called for the revision of EU policy towards Belarus in response to the heavy-handed crackdown on opposition protesters in the country in December.

More than 600 people, including presidential candidates, were detained in the Belarusian capital by police after the December 19 presidential vote that the opposition said had been rigged.

Most of those detained have been released but key opposition figures and some journalists still remain behind bars. The EU earlier called for their immediate release.

The European Parliament chairman called the Belarusian opposition the "true winners" of the election, raising hope that the "hour of freedom and democracy will reign soon."

He also called on the Belarusian authorities to release all the detained opposition members, to drop charges against them and provide the necessary medical aid saying this is the "essential condition if Belarus wants to have any relations with the EU."

Buzek met in Brussels with representatives of the Belarusian opposition, including Alexander Milinkevich, who ran against Belarusian President Alexander Lukashenko in the recent presidential elections, and Stanislav Shushkevich, the first president of independent Belarus.

Speaking at the meeting, Milinkevich said the EU's reaction should be "tough" and called on the bloc to use all methods of "political and economic pressure on the [Lukashenko] regime."