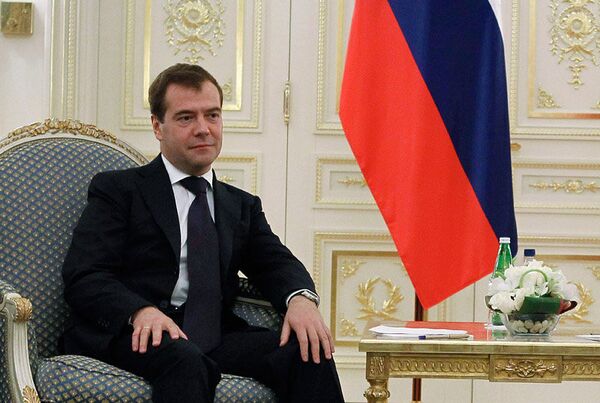 "I think it will be clear to anyone who looks carefully at what Dmitry Medvedev is doing, that he wants to stay on for a second term," Russian presidential aide Arkady Dvorkovich told the BBC Russian service in an interview.

Dvorkovich said Medvedev is not acting like a president who was getting to leave office after his term ends in 2012. He also said the issue will be jointly discussed between current Prime Minister Vladimir Putin and Medvedev who have "constructive and friendly" relations.

After holding the presidential post for two terms from 2000 - 2008, Putin, 58, picked Medvedev, 45, as his successor and took the position of prime minister for himself.

The two leaders said earlier they will make the decision on who will run for the election closer to the vote. Putin also said he and Medvedev were people from "one party" and pledged there would be no "shocks" at the 2012 presidential elections.

The one who wins the presidential election will serve for six years instead of four years in line with a law signed by President Medvedev in December 2008.

In November, the approval ratings of Medvedev and Putin were almost even for the first time in history, according to a survey conducted by the Levada Center.

Medvedev, who has faced criticism for being "all talk and no action," showed off his presidential powers in late September by sacking long-standing Mayor Yury Luzhkov after the two had a series of disagreements.