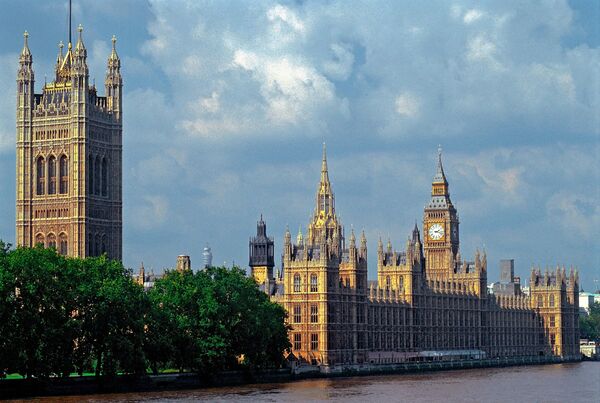 © RIA Novosti
/
Go to the photo bank
Subscribe
The Russian embassy in London said on Thursday that the British press had exaggerated comments made by a senior Russian diplomat about the current Moscow-London spy scandal.

The Russian embassy in London said on Thursday that the British press had exaggerated comments made by a senior Russian diplomat about the current Moscow-London spy scandal.

In an address to journalists about the arrest last week of parliamentary aide Katia Zatuliveter, Charge d'Affaires of the Russian Embassy in London Alexander Sternik said he hoped the incident "was not orchestrated against Russia."

"We periodically observe these 'spy scares' in the British mass media," he added. "Usually, these are tried and true methods of drawing away the public eye from more tangible problems. These problems are many over the last couple of months."

The embassy's press service complained that the British press, which suggested the diplomat had accused Britain outright of orchestrating a PR stunt, had overplayed Sternik's comments.

"They [media] have mistaken hopes for reality," the press-service told RIA Novosti over the phone.

The Guardian newspaper claimed in its headline that Sternik had warned of "tit-for-tat" expulsions of Russian and British spies, when in fact the diplomat said he could only "look at the history in similar cases," when asked about the matter.

Zatuliveter, 25, is to be deported from Britain over allegations that she was connected to the Russian Foreign Intelligence Service (SVR).

"The reports in the press of the situation around the Russian citizen Ekaterina Zatuliveter was of concern to us mainly because the embassy got to know about it from the mass media and not from the officials here in Britain," he said.

"We have not received, although we insisted on this, any clarification as to the reasons why this detention was made," he added.

Hancock has denied that Zatuliveter is a spy.