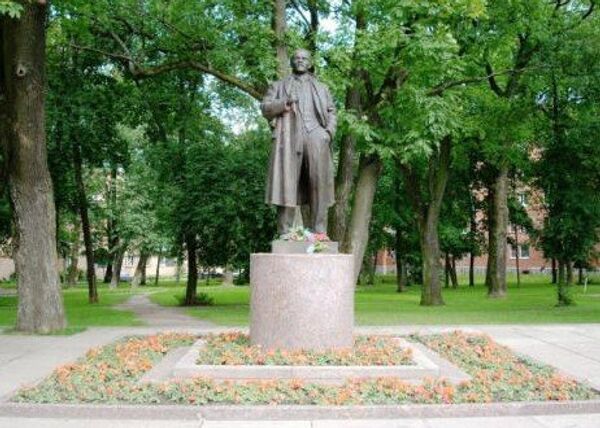 The incident occurred in the town of Pushkin, 24 kilometers (about 15 miles) south of St. Petersburg at around 10 pm Moscow time (19.00 GMT).

"The statue is tilted at an acute angle, and the blast broke several windows in a neighboring building," the source said, adding that there were no immediate reports of casualties.

"A team of investigators is working at the site," he said.

It is not the first time when a monument to the "father of the 1917 Bolshevik Revolution" becomes a target of vandalism.

On April 1, 2009, an explosion blew a hole in the rear of a Lenin statue at the St. Petersburg's Finlyandsky railway station.

The first reports of the vandalism were considered a bad April Fool's joke, but the Communist Party of Russia described it as "a politically charged act of vandalism."

The police have not identified any suspects in the case and no arrests have been made.