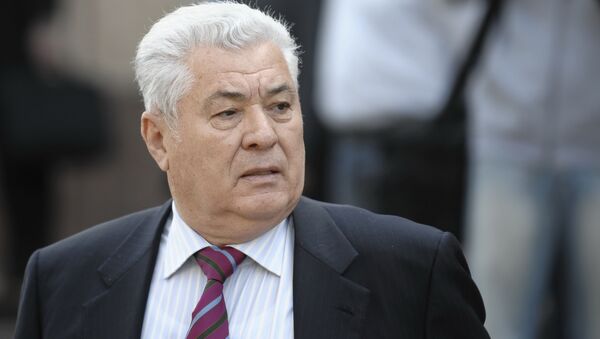 The coalition was formed after consultations between Voronin and Democratic Party leader Marian Lupu.

The center-left coalition just lacks four mandates to elect the country's president and end a stalemate that has left the impoverished ex-Soviet republic without a full-time president since mid-2009. Both Voronin and Lupu, however, have stated on many occasions that this issue could be resolved.

Moldova's Communist Party led early parliamentary elections held in the ex-Soviet republic on November 28 with 39.3%, followed by three parties from the ruling coalition: the Liberal Democrats with 29.4%, the Democrats 12.7% and the Liberals 10%, preliminary election results suggested.

Under the current law, the head of state is elected by parliament, but in its present makeup none of the candidates can garner the required number of votes.

The impoverished former Soviet republic has been divided between the Communists, who had dominated the political scene for most of the decade, and the ruling coalition of four parties who seek closer ties with the European Union.

The political crisis in Moldova, which has been without a full-fledged president for more than a year and a half, deepened after the September 5 referendum on whether the head of the state should be elected by a direct popular vote. It was declared invalid due to a low turnout.