One more schoolteacher beaten in Russia 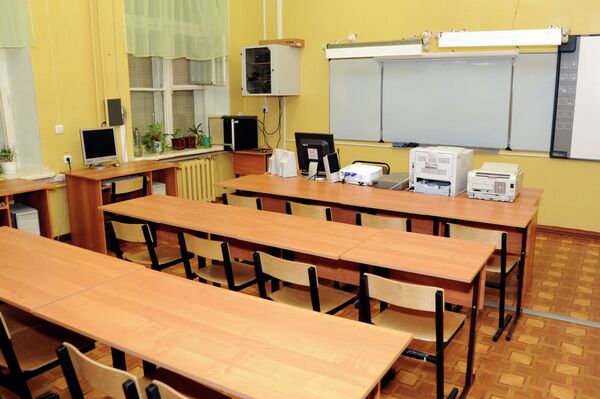 © RIA Novosti . Sergei Etschenko
/
Go to the photo bank
Subscribe
Another young teacher has been beaten in Russia, just over a month after a police officer launched an attack at a St Petersburg school, a Siberian TV company reported on Friday.

Another young teacher has been beaten in Russia, just over a month after a police officer launched an attack at a St Petersburg school, a Siberian TV company reported on Friday.

The Novosibirsk-based state-owned broadcaster reported that the stepfather of a second-grader schoolgirl came to her school to "sort things out" with the girl's 24-year-old teacher, Irina Isayeva, who he said had unjustly given her poor marks.

The man, who has recently served a prison term, punched the young woman in the face and threatened to kill her. She said the incident took place in the presence of her pupils. Police detained the offender but later released him.

"I don't know how to go out in the street now. He [the suspect] said he is ready to kill me and serve time for it," Isayeva told RIA Novosti.

Police said an investigation is underway.

A similar incident took place in Russia's second largest city of St. Petersburg on October 26 and has caused a stir in society.

CCTV footage, available on YouTube, shows former police officer Andrei Petrov, 28, punching and kicking a young schoolteacher, allegedly after her inability to prevent Petrov's 7-year-old stepdaughter from hurting herself while at school a few days earlier. The teacher was hospitalized and later resigned. Petrov was later arrested.