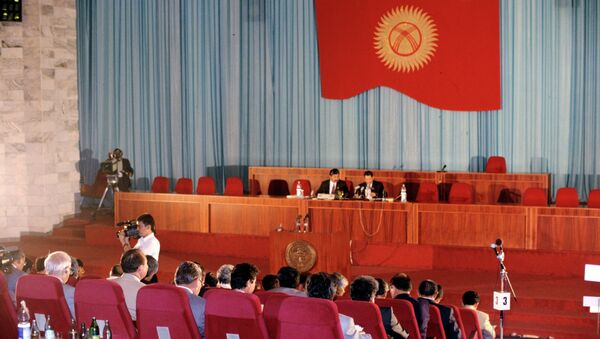 Three parties in the Central Asian republic of Kyrgyzstan agreed to form a three-party coalition government on Tuesday.

The coalition consists of the Social Democratic Party of Kyrgyzstan, which came second in October's parliamentary election; Respublika, which came fourth; and fifth-laced Ata-Meken.

Opposition nationalist party Ata Zhurt got the most votes but failed to secure a majority.

The third-placed Ar-Namys refused to join the coalition.

The October 10 parliamentary election was Kyrgyzstan's first since former President Kurmanbek Bakiyev was ousted in a mass uprising in April. The Kyrgyz voted to increase the powers of parliament in a referendum in June, weeks after inter-ethnic violence in the south of the country killed nearly 400 people, mostly minority Uzbeks.

Bakiyev, who is holing up in Belarus, has been accused of ordering the killing of 85 opposition protesters during a rally in the capital Bishkek on April 7.