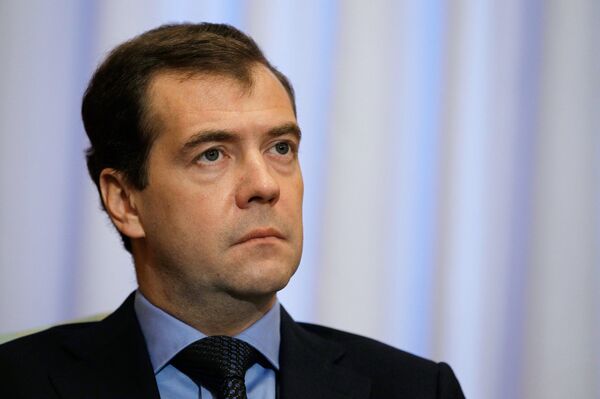 Russian President Dmitry Medvedev will pay an official visit to Poland on December 6-7, the Kremlin said on Monday.

Russian President Dmitry Medvedev will pay an official visit to Poland on December 6-7, the Kremlin said on Monday.

Medvedev will come to Poland at the invitation of his Polish counterpart Bronislaw Komorowski.

Komorowski over the weekend expressed hopes that Medvedev's visit would contribute to a rapprochement in Russian-Polish relations.

The Polish president also hopes to discuss the 1940 Katyn massacre with Medvedev.

According to official data, over 20,000 Polish officers were killed in 1940 by the NKVD - the Soviet secret police. The executions took place in various parts of Russia, Ukraine and Belarus. The largest massacre occurred in the Katyn forest near the Russian city of Smolensk.

Deputies from the lower house of Russia's parliament on Friday approved a declaration recognizing the 1940 Katyn massacre of Polish officers as a crime committed by Stalin's regime.

Komorowski hailed the recognition of the massacre. "I believe this is a positive signal that came from Moscow before the upcoming visit of Russian President Dmitry Medvedev to Warsaw. We must accept this document with great satisfaction keeping in mind that this is an official document by the [Russian] parliament," he said.