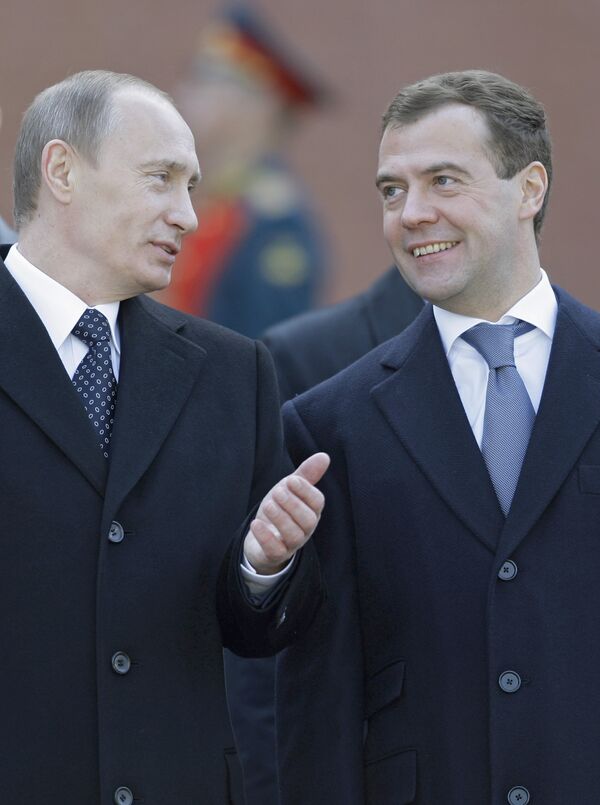 The embassy documents also called Medvedev “pale and hesitant” in comparison to the “alpha-dog” Putin.

However, despite Putin’s authoritarian image, there were also suggestions in the documents that the former KGB man was finding it tough to prevent his decisions getting bogged down in Russia’s notorious bureaucracy.

The United States also leaned hard on France to refrain from sale of a French helicopter carrier to Russia, Wikileaks reported.

According to a secret cable posted on the whistleblowing website, U.S. Secretary of Defense Robert Gates held a meeting with then French Foreign Minister Herve Morin in February in Paris, where they discussed the possible sale of a Mistral-class helicopter carrier to Russia.

Gates, an expert on the Soviet Union and a former CIA chief, “raised US concerns over the sale of a Mistral-class helicopter carrier to Russia as sending a mixed signal to both Russia and our Central and East European Allies.”

Minister Morin told Gates he understood the U.S. concerns, but argued that “this single ship would not make any difference with respect to Russian capabilities, as Russia's naval production ability was severely degraded.”

Gates also described Russia to Morin in blunt terms, saying that “Russian democracy has disappeared and the government was an oligarchy run by the security services.”

“President [Dmitry] Medvedev has a more pragmatic vision for Russia than PM [Vladimir] Putin, but there has been little real change,” the website quoted Gates as saying.

Putin’s spokesperson, Dmitry Peskov, declined to comment, saying that he had not read the original documents.

Putin’s ties to his Italian counterpart Silvio Berlusconi also came under scrutiny, with talk of “lavish gifts” and a “shadowy” Russian-speaking Italian go-between.

Berlusconi was also described as a "physically and politically weak" leader whose "frequent late nights and penchant for partying hard mean he does not get sufficient rest,” according to Elizabeth Dibble, US charge d'affaires in Rome.

Other revelations likely to cause embarrassment in political circles include a U.S. embassy cable describing Afghan leader Hamid Karzai “an extremely weak man” who takes seriously “bizarre stories or plots against him.”