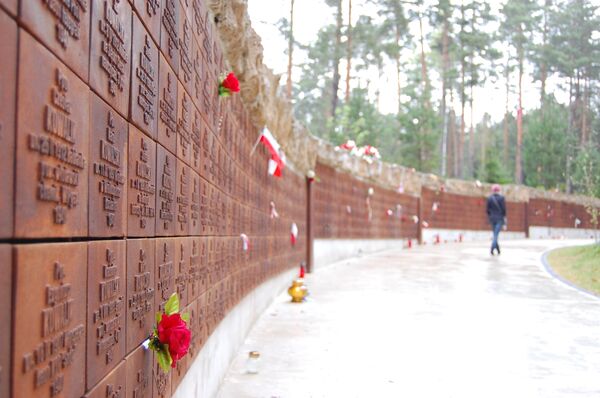 © RIA Novosti
Subscribe
International
India
Africa
Deputies from the lower house of Russia's parliament approved a declaration on Friday recognizing the 1940 Katyn massacre of Polish officers as a crime committed by Stalin's regime.

Deputies from the lower house of Russia's parliament, the Duma approved a declaration on Friday recognizing the 1940 Katyn massacre of Polish officers as a crime committed by Stalin's regime.

"Materials which were kept in secret archives for many years show that the Katyn massacre was committed on the direct orders of Stalin," the draft says.

According to official data, over 20,000 Polish officers were killed in 1940 by the NKVD - the Soviet secret police. The executions took place in various parts of Russia, Ukraine and Belarus. The largest massacre occurred in the Katyn forest near the Russian city of Smolensk.

The Communists, who opposed the bill, say the Polish officers were executed "by German occupation authorities in the fall of 1941, rather than by the NKVD in 1940." They also say they can provide documents to prove their viewpoint.

Communist lawmaker Vladimir Kashin said if the draft is adopted then the relatives of those shot in the massacre would attempt to gain financial compensation from Russia.

The issue was the source of tension in Russian-Polish ties, but Russia's recent admission that Soviet forces were responsible did much to improve relations.

President Lech Kaczynski and other Polish dignitaries were killed in a plane crash earlier this year whilst on their way to a memorial ceremony for the Polish officers slain in Russia .