Committee to Protect Journalists calls for investigation into arrest of RT journalists in U.S. 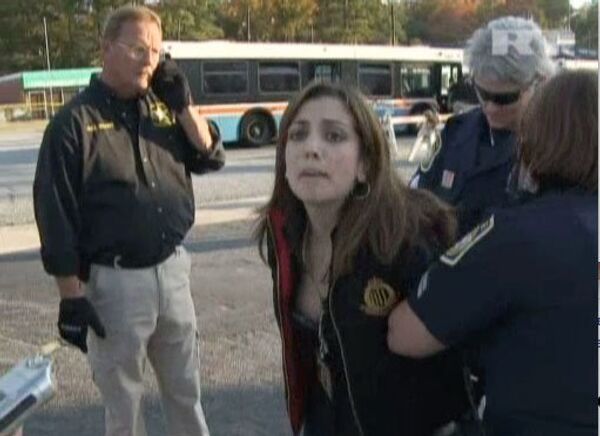 © Russia Today
Subscribe
The International Committee to Protect Journalists called for an internal investigation into the recent arrest of two Russia Today journalists in the United States.

The International Committee to Protect Journalists called for an internal investigation into the recent arrest of two Russia Today journalists in the United States.

U.S. nationals Kaelyn Forde and Jon Conway, who are employees of the Moscow-based Russia Today (RT) TV channel, were arrested on Saturday after covering a protest near Fort Benning Army Base in Columbus, Georgia, "despite complying with the police demand not to come close to the gates of the base," the network said.

"Journalists must be able to cover public demonstrations," said CPJ Executive Director Joel Simon. "Police in Columbus, Georgia, should carry out an internal investigation into this incident and in the future should implement procedures to ensure that journalists are able to do their jobs without interference."

Elsa Vidal, the head of the European branch of the international organization Reporters Without Borders, which protects journalists' rights, said the organization condemned the arrest and demanded to lift all charges against the journalists.

The organization also said that a trainee from a local radio station, Cecilia Kluding, who had an accreditation for the event, was with the crew.

Russian opposition Solidarity movement leader Ilya Yashin said the arrest is evidence of the "degradation" of U.S. democracy, while human rights advocate Lyudmila Alexeyeva said that journalists might have violated U.S. laws, which ban filming in some places.

The local website www.ledger-enquirer.com cited an assistant police Chief Charles Rowe as saying that no one was singled out for arrest.

"We didn't arrest anyone that didn't violate any ordinances," Rowe said. "Why would we single anyone out? Nobody was singled out. Everyone that we arrested were in groups."

Russia Today's Kaelyn Forde said that journalists were told why they were arrested only four hours after their detention. She said that authorities made no difference between them as press members and participants of the rally.

The Russian Public Chamber said on Wednesday it is awaiting an explanation for the arrest of the journalists.

The crew, which was filming an annual protest by human rights activists against a U.S. Defense Department training program for Latin American police, was released after posting $1,300 bail.

Russia has one of the poorest journalist safety records in the world. With at least 35 journalists murdered between 2000 and 2009, the International Press Institute places Russia fifth in its ranking of countries most dangerous for journalists, after Iraq, the Philippines, Colombia and Mexico.

A number of organizations and individuals from Croatia, Serbia and Slovenia signed an open letter to Russia's leadership and police on Wednesday, protesting against recent attacks on journalists and urging them to speed up investigations and find the perpetrators.