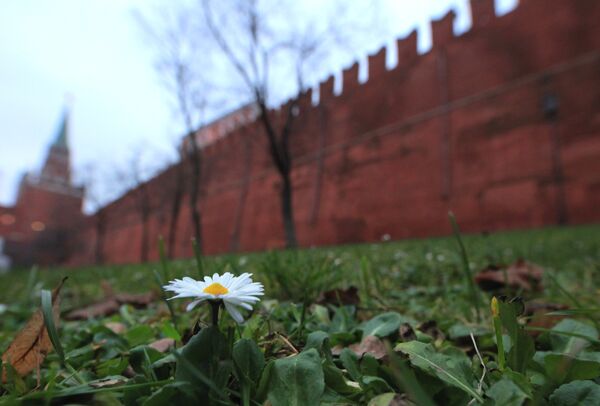 The temperature in Moscow reached 12.3 degrees Celsius (54.14 degrees Fahrenheit) on Monday setting the fifth record for the fall of 2010, the Fobos meteorological center said.

Moscow has set four temperature records this month, with temperatures hovering at around 12 C.

Hedgehogs and badgers living in Russian capital, have been unable to go into hibernation this fall because of the unusually warm weather. Some species of red squirrels have not changed their coats to white yet, and hares are only halfway into their winter attire.

The head of the Russian Hydrometeorological Center, Alexander Frolov, earlier said record temperatures had also been recorded in Siberia and a number of other Russian regions.

A record-breaking heat wave gripped Central Russia for much of the summer, sparking large-scale wildfires across the country and causing the worst drought in more than a century. The fires killed several dozen people and left over 3,500 homeless.