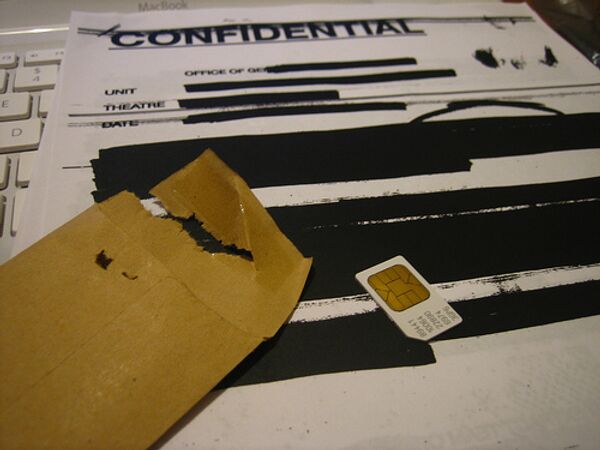 The FBI has taken under its protection Russian Foreign Intelligence Services (SVR) colonel who has allegedly betrayed Russian spy ring in the United States, the NBC reported on Sunday.

The FBI has taken under its protection Russian Foreign Intelligence Services (SVR) colonel who has allegedly betrayed Russian spy ring in the United States, the NBC reported on Sunday.

Russian media reported that a person, known only as Col. Shcherbakov, who was the chief of an SVR department handling all intelligence sources in the United States, was to blame for the exposure of the Russian intelligence officers working under assumed identities.

The traitor himself fled Russia for the United States several days prior to the spy scandal.

Earlier this week media reported that Russia had sent a "hit squad" to eliminate Col. Shcherbakov.

"As soon as the agent runs across the U.S., of course, he was concerned about his safety, but U.S. intelligence services are very good when you need to give people their new" I "," intelligence expert David Wise told NBC.

"Actually, this is a big blow to Russia," the expert said.

According to a Russian media Col. Shcherbakov's daughter has long been living in the United States but that the SVR was not overly concerned about this.

Strangely enough, the intelligence service failed to take notice when Shcherbakov refused to accept a career promotion a year before the spy scandal - a procedure that would require him to undergo a lie detector test. This could mean that he actively cooperated with U.S. secret services at the time.

In addition, no one paid attention to the fact that Shcherbakov's son, who had worked for Russia's drug watchdog Gosnarkokontrol, hastily left Russia for the United States shortly before the Russian spies were exposed.

The reset of Russian-U.S. relations was threatened following the espionage scandal. However, the two countries pledged the espionage row would not affect bilateral ties.

The SVR has so far refused to comment on media reports or any other inquiries concerning the betrayal.

U.S. intelligence services do not officially deny nor confirm allegations against Shcherbakov.