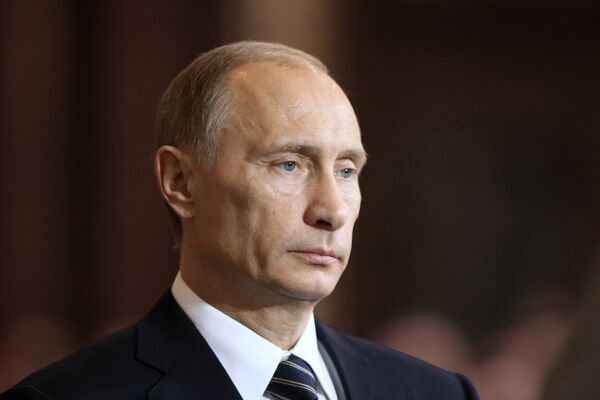 The talks, which will focus on joint energy projects between the two countries, are expected to see the signing of several bilateral documents, including an agreement paving the way for the start of the construction of the South Stream gas pipeline intended to pump Russian gas to Europe under the Black Sea.

The agreement, to be signed by the shareholders of South Stream Bulgaria, will allow the creation of a joint stock company to oversee the construction of the Bulgarian section of the South Stream pipeline by the end of the year, the Russian government's press service said on Friday. This will be the last step towards the start of the pipeline construction, it said.

Ahead of the visit, Putin and Borisov agreed in a phone conversation to finalize all the issues concerning the Bulgarian segment of the pipeline by the end of 2010.

Russian energy giant Gazprom and the Bulgarian Energy Holding EAD will each hold a 50 percent stake in the joint company, which will be registered in Bulgaria.

Russia, Greece and Bulgaria signed a contract in 2007 on a joint construction of the Burgas-Alexandroupolis oil pipeline to bypass the busy Black Sea. The pipeline's capacity will be 35 million tons a year with a possible expansion to 50 million tons.

Borisov, the leader of the right-wing Citizens for European Development of Bulgaria party, has made contradictory statements on energy projects with Russia, including a rejection of plans to participate in construction of Burgas-Alexandroupolis.

The country has not invested in the project since the summer of 2009, when Borisov became the country's prime minister. In July, Bulgaria agreed to pay a 6.5 million euro contribution to the operating costs of the project, but its participation is still uncertain.

The project has to undergo ecological expertise of the Bulgarian Ministry of Environment and Water, the Russian government's press service said, adding that the results of the expertise are expected no earlier than next February.

In February 2008, an international project company, Trans Balkan Pipeline BV, was set up in the Netherands to carry out the construction of the pipeline.

Russia is also involved in the construction of a nuclear power plant in the northern Bulgarian city of Belene.

Atomstroyexport, the export arm of Russian state-run nuclear corporation Rosatom, won a tender in for the construction of the plant in 2006. A $4 billion-contract was signed in 2008.

In June, Bulgaria suspended the construction of the plant, citing a lack of investment.

According to the Russian government's press service, negotiations have been held with German and Italian companies on the possibility of joining the project.

Russia is Bulgaria's third largest trade partner after Germany and Greece, the press service said. In 2009, trade turnover between the countries accounted for 8.8 percent of Bulgaria's GDP.

In the first half of 2010, Russia was the largest consumer of Bulgarian wine, with imports accounting for 60 percent of all wine sales.