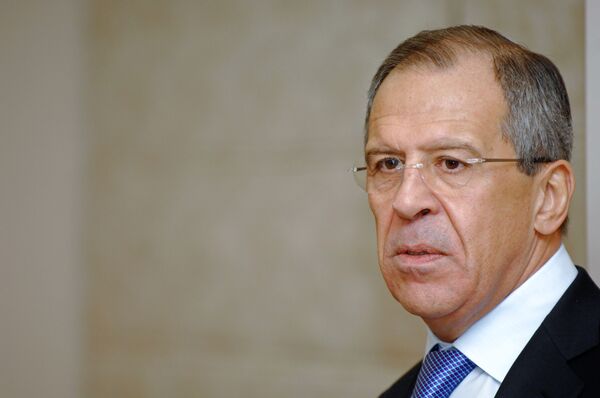 Russia believes the Russia-NATO summit in Lisbon will completely put an end to the post-Cold War period and set guidelines toward a strategic partnership, Russian Foreign Minister Sergei Lavrov said on Friday.

"I hope that as we agreed with [NATO Secretary General Anders Fogh] Rasmussen that we will put an end to the post-Cold War period," Lavrov told journalists in South Korea.

Lavrov said that it would not be simple to draw out the guidelines but the tasks would be formulated toward a strategic partnership.

"During that period (post-Cold War) there was much said about the past, there were elements of distrust and elements of dodging pledges made in the 1990s, especially in regard to the indivisibility of security."

Lavrov said that NATO is not a threat for Russia but its plans to expand the alliance to the East.

"NATO is not a threat for us," Lavrov said. "The threat creates temptations, which currently can be seen inside NATO, to act contrary to international law or to move, move closer to our borders the military infrastructure, which inevitably will call for countermeasures on our side of the border and contradicts reached agreements to reduce military activity, and deter deployment of substantial combat forces onto the territory of new NATO members," he continued.

NATO Secretary General Anders Fogh Rasmussen previously proposed the creation of a missile shield from Vancouver to Vladivostok that would integrate the U.S. and NATO missile-defense systems with a role for Russia.

Russia has retained staunch opposition to the deployment of missile-defense systems near its borders, claiming they would be a security threat. NATO and the United States insist that the shield would defend NATO territories against missiles from North Korea and Iran and would not be directed at Russia.

Russian President Dmitry Medvedev has campaigned for a pan-European security pact instead of the shield, although Western nations and NATO have dismissed the plan as irrelevant and unnecessary.