Georgia ready for talks with Russia over alleged spies 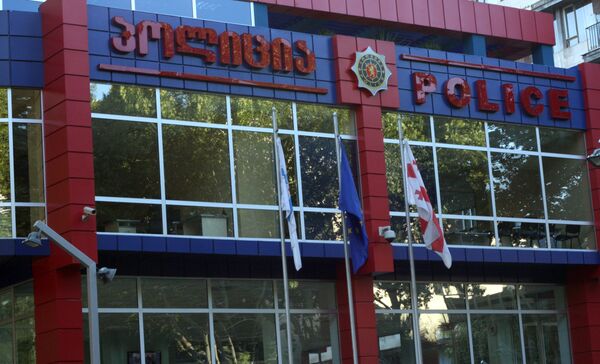 Tbilisi is ready for negotiations with Moscow on the repatriation of alleged Russian spies arrested in Georgia, the country's Deputy Foreign Minister Nino Kalandadze said on Monday.

Tbilisi is ready for negotiations with Moscow on the repatriation of alleged Russian spies arrested in Georgia, the country's Deputy Foreign Minister Nino Kalandadze said on Monday.

A total of 15 people, allegedly linked to the Russian security services, were detained in Georgia last week. Two of them were released, while the others remain in custody. Four of the detainees are Russian nationals.

"We are ready to negotiate on the issue," Kalandadze said, adding that repatriation of suspected spies will be discussed, but "it is up to law-enforcement agencies to decide."

She said Russia, which severed diplomatic ties with Georgia after a five-day war in August 2008 over South Ossetia, has already requested information about the alleged spies via the Swiss embassy, which represents Russia's interests in Georgia.

The Russian Foreign Ministry earlier said the spy scandal was a political "farce," and accused Georgian leadership of "chronic anti-Russian spy mania." Konstantin Kosachev, who heads the foreign affairs committee of the lower house of the Russian parliament, said that Georgia should remember that Russia will always defend its citizens.

The Georgian deputy foreign minister said Russia's reaction to the issue was "inappropriate."

"In this issue we have to defend our sovereignty by all means, regardless of how the international community reacts," she said.