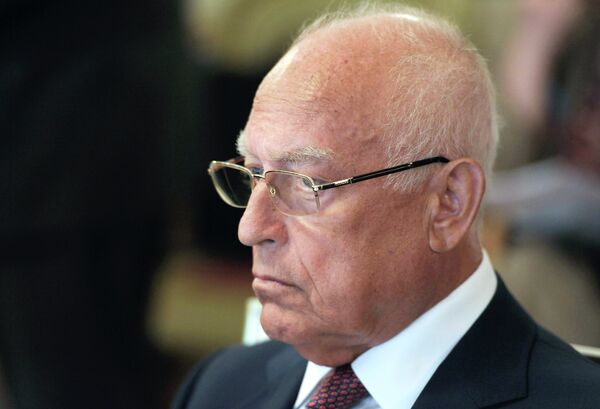 When a truly important figure dies, it's often called the end of an era. But a single era cannot contain the achievements of Viktor Chernomyrdin.

When a truly important figure dies, it's often called the end of an era. But a single era cannot contain the achievements of Viktor Chernomyrdin.

Chernomyrdin was more than the sum of his titles - economic manager, politician, diplomat. He was a statesman. And he brought a personal touch to everything he did.

He made two brilliant careers for himself in two different countries in two completely different sets of circumstances. From his humble beginnings in the Soviet Union as an ordinary worker, he ascended to plant director, member of the Central Committee of the Communist Party of the Soviet Union, and minister. During Mikhail Gorbachev's perestroika, Chernomyrdin helped reconfigure his gas ministry as Gazprom and became chairman of its board of directors. This is already more than most people achieve in a lifetime.

But this was only the prologue in his storied career. However, when he was appointed deputy prime minister of the Russian government responsible for the fuel and energy sector, many thought it was his epilogue. Chernomyrdin was seen as a Soviet-style economic manager appointed to the cabinet simply as a counterweight to Yegor Gaidar's young reformers.

When the parliament approved Chernomyrdin as prime minister by a solid majority in 1992, he was seen as a temporary compromise by analysts, political scientists and even the deputies who voted for him. Moreover, they thought that Chernomyrdin, a member of the bureaucratic elite, would side with them in the growing conflict with President Boris Yeltsin.

They were wrong. Chernomyrdin, the first true prime minister of an independent Russia (his predecessors were only acting premiers), kept the job for six years, longer than any other prime minister during Yeltsin's rule. And he supported Yeltsin in the conflict between the Kremlin and parliament.

Chernomyrdin reached his full potential in this second stage of his political career, when his many talents flourished.

He once said: "Government isn't a body operated by the tongue alone." Chernomyrdin's tongue may not have been silver exactly, but it was no less precious, coining quite a few catching phrases.

His most memorable lines were not prepared in advance. They came naturally and spontaneously, not unlike how proverbs and sayings are coined. Chernomyrdin did not try to make people laugh or aim for maximum dramatic effect. He spoke his mind. Even in his less than eloquent moments, his words still carried a deeper meaning.

Here are a few of Chernomyrdin's quotes.

"We wanted the best, but it turned out as always."

"Our trouble is not lack of unity, but who's in charge."

"We've learned how to speak, now we must learn how to count money."

"Whatever party we establish, it always turns out to be the Soviet Communist Party."

And finally, "You can't scare a woman with high-heeled shoes."

Chernomyrdin uttered this last classic line when he was the Russian ambassador to Ukraine after being asked if he was afraid that he may be declared persona non grata in Ukraine. [CB1]

Chernomyrdin was a man of words, yes, but when it came to politics, he was a man of action. He was meticulous and responsible. He never strove for independence, and he showed initiative only when he was ordered to.

When he was appointed prime minister, pro-democracy Russians feared he would derail reforms. But Chernomyrdin was not that kind of man. He was entrusted to carry out reforms, not curtail them, and he did his job the best he could.

He did many other things in his career. He chaired a political party, helped make peace in the former Yugoslavia and represented Russia's interests in Ukraine. He faithfully carried out all those missions.

He showed personal initiative only once, when he negotiated with terrorist leader Shamil Basayev in June 1995 to secure the release of hostages.

Chernomyrdin wanted the best, but the result was controversial. The terrorists escaped, but nearly 2,000 hostages, mostly women and children, were saved. Chernomyrdin could not refuse to negotiate with terrorists when peoples' lives were at stake, and this decision revealed his humanity.

This is probably why he was loved even though he carried out unpopular reforms whose authors were hated. I'm sure people will remember him fondly, which is unusual for high-ranking comrades and bosses.