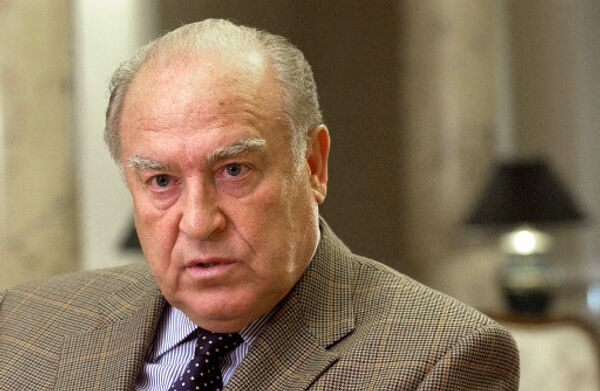 Former Russian Prime Minister Viktor Chernomyrdin died early on Wednesday morning at the age of 72, a source in the political establishment said.

Former Russian Prime Minister Viktor Chernomyrdin died early on Wednesday morning at the age of 72, a source in the political establishment said.

After serving as Russian prime minister under President Boris Yeltsin from 1992-1998, Chernomyrdin was made Russian ambassador to Ukraine in 2001, a post he held until 2009, when he was designated as a presidential advisor.

Chernomyrdin was a steadfast supporter of Yeltsin and supporter of privatization and a number of other reforms, although he started his career by opposing many economic changes. His main contribution to politics was acting as a comprimise figure between the free market reformers trying to change Russia and the hardline Communists and nationalists who supported the status quo.

He was minister of the oil and gas industries during the late 1980s and helped to turn the ministry into the state-owned gas company Gazprom in 1989. He was the company’s first chairman of the board, a post which he retained on-and-off until 2000, and his stake in the company made him one of Russia’s richest men.

Chernomyrdin is best known in the Russian-speaking world for his colorful use of language and coined the now popular proverb "we wanted the best, but it turned out as always," uttered after the Russian Central Bank carried out an unsuccessful monetary exchange in the early 1990s.