Collection of signatures for presidential hopefuls ends in Belarus 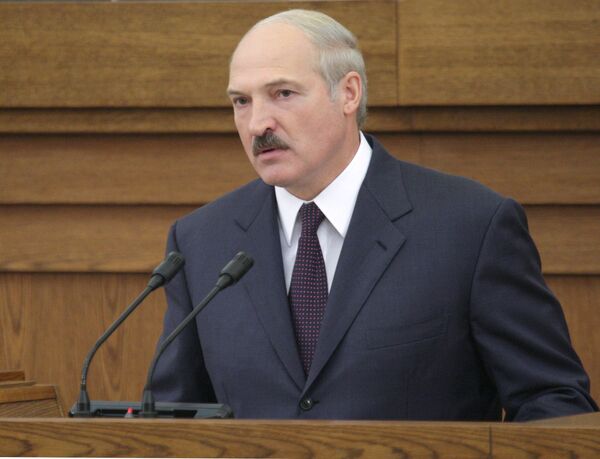 The collection of signatures to nominate presidential candidates in Belarus ended on Friday, the country's Central Election Commission (CEC) reported.

Belarus will hold its presidential elections on December 19. In order to be registered, a candidate has to collect at least 100,000 signatures.

The local commissions now have 10 days to verify the authenticity of the signatures. Lozovik said that should any commission find 15% of inauthentic signatures in any district, the entire number of the district's signatures will be disregarded.

The only candidate who has the required number of signatures now is President Alexander Lukashenko, who has collected more than 1,100,000.

The controversial leader won landslide victories in the 1994, 2001 and 2006 elections on the back of strong Russian support, but has recently fallen out of favor with Russian President Dmitry Medvedev.

Some analysts say the Kremlin may support an opposition candidate at the polls on December 19.