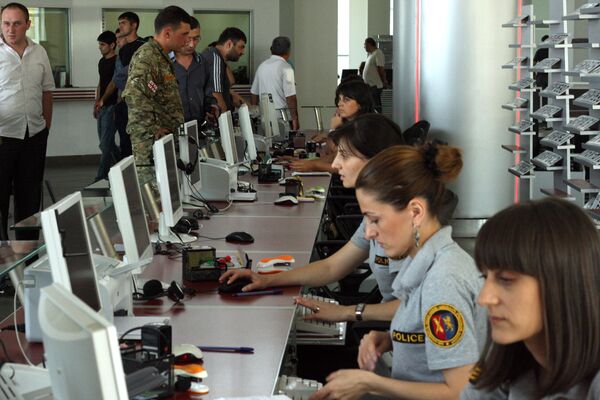 © RIA Novosti . Dmitri Vinogradov
Subscribe
Georgia declined on Friday to comment officially on media reports that it had detained 20 people suspected of spying for Russia.

Georgia declined on Friday to comment officially on media reports that it had detained 20 people suspected of spying for Russia.

Reuters news agency earlier reported that the detainees, all Georgian citizens, were alleged to have formed a spy network and passed secret information to Russia.

Utiashvili told Reuters that an official announcement would be made at a press conference on November 5.

This is the latest in a series of spy flaps between the two countries since they fought a five-day war in 2008.

Two years ago, Georgia detained four Russian military officers and 12 other people on charges of spying. They were subsequently handed over to Russia.

In March 2010 a Russian military court in the North Caucasus sentenced a Georgian national and two Russians to 11-15 years in jail on charges of treason and espionage.

Long-standing tensions between Russia and Georgia, chiefly over the breakaway Georgian regions of South Ossetia and Abkhazia, erupted into conflict in August 2008. Russia recognized the two republics as independent shortly after the war.