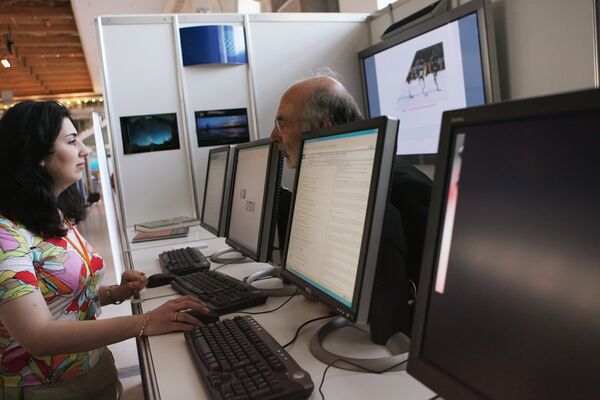 This is the first time a spammer has been prosecuted in Russia.

His company Despmedia has been sending spam e-mails advertising fake pharmaceutical products to users in the United States, Canada and other countries through a partner program Glavmed.com, the Kommersant newspaper reported.

The company has had a turnover of $120 million since 2007, the paper said. Gusev himself has received $2 million in revenues.

He is believed to be outside Russia at the moment, police said.

Spam amounts to 20 percent of Russia's market for Internet advertising, RAEK said, while spam e-mails are estimated to account for up to 70 percent of all e-mails sent.

Russia is in fourth place on the global list in e-mail spam. The United States, China and India make up the top three, said Andrei Nikishin, Director of Content Filtering, Research and Development at security firm Kaspersky Lab.

Relaying spam in Russia is forbidden under a state law, but it prescribes no criminal conviction for spam distributors.

The first spammers to face criminal prosecution were two siblings in the United States, who were convicted of sending hundreds of thousands of e-mails advertising penny stocks and low mortgage rates in 2005.