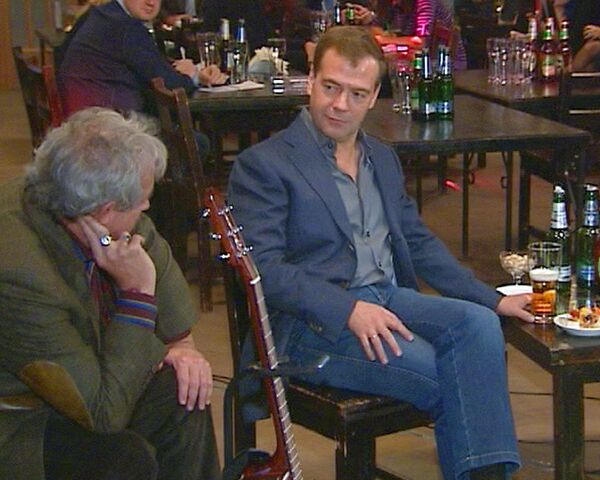 Russian President Dmitry Medvedev discussed with rock musicians in the capital candidates for the post of Moscow mayor, which was left open following the dismissal of former mayor Yury Luzhkov in late September.

"The new mayor will be chosen...in the nearest future," Medvedev told the rockers at Moscow's Ritm-Blues (Rhythm and Blues) Cafe on Monday.

The ruling United Russia party presented a list of four candidates for one of Russia's most-sought-after jobs to President Dmitry Medvedev on Saturday. The president must choose a candidate within a week after the candidates were presented.

Sobyanin, 52, has been touted by the Russian media and political analysts as a favorite to get the post.

"One of these respected people will, I hope, head Moscow, if the legislative assembly supports him," Medvedev told the musicians.

The majority of Muscovites disapprove of the official candidates for Moscow mayor, according to a survey by the Superjob.ru website on Monday