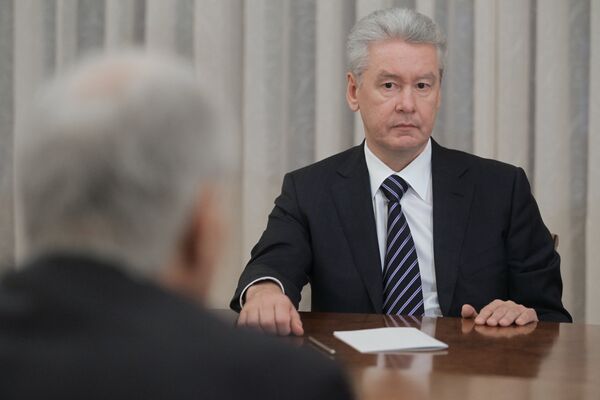 Information about the candidates is the following.

Born in 1958 in the village of Nyaksimvol, Tyumen Region (West Siberia).

Sobyanin started work at the Chelyabinsk tube and pipe mill in 1975 and held various government and party jobs until 1990.

In 1991 he became mayor of Kogalym in the Khanty-Mansi Autonomous District and in 1993 headed the district's administration.

In 1994-2000 he was a member of the Federation Council, the upper house of the Russian parliament, and in 2001 was elected governor of the Tyumen Region,

Born in 1947 in the village of Susanino, Kostroma region (Volga area).

In 1996 Shatsev became deputy Moscow mayor and in 2005 was appointed governor of the Nizhny Novgorod Region (Volga area).

Born in 1952 in the village of Tsebrikovo, Ukraine

Graduated from the Khrulev Military Academy of Logistics and Transport in 1983; PhD in Economics

In 1994-1996 Levitin was a member of the Railways Reform commission, which created the Russian Railways Company

In 2004 Levitin was appointed transport minister

Graduated from Kharkov Aviation Institute in 1973 and then became a post graduate student at the Moscow State Social University; PhD in Political Science

In 1973, she joined the Antonov design bureau in Kiev