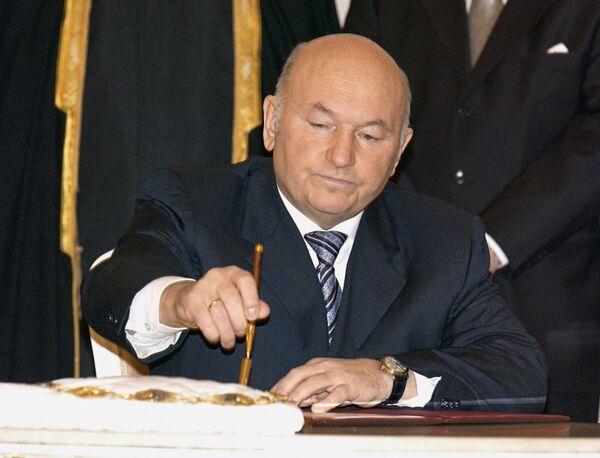 Former Moscow mayor Yury Luzhkov has been appointed a dean of the International University in Moscow, the university said on Tuesday.

"By order of the president of the International University in Moscow... Professor Yury Luzhkov was appointed a dean of the large cities management department," the statement said.

University head Gavriil Popov served as Moscow mayor before Luzhkov. International University in Moscow (IUM) was the first private university in Russia. It was founded in 1991.

Luzhkov, 74, was fired by Russian President Dmitry Medvedev last week after weeks of speculation about his worsening relations with the Kremlin and his imminent dismissal or resignation.