Yury Luzhkov’s 18 years as Moscow mayor saw serious changes in the architectural image of Russia’s capital. In particular, a new Christ the Savior Cathedral was built in the 1990s where the original was demolished in 1931.

Yury Luzhkov’s 18 years as Moscow mayor saw serious changes in the architectural image of Russia’s capital. In particular, a new Christ the Savior Cathedral was built in the 1990s where the original was demolished in 1931. 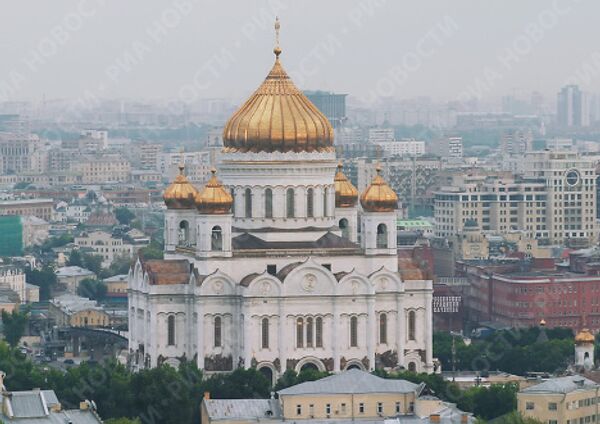 1/13
© RIA Novosti . Alexey Panov
/
Go to the photo bank
Yury Luzhkov’s 18 years as Moscow mayor saw serious changes in the architectural image of Russia’s capital. In particular, a new Christ the Savior Cathedral was built in the 1990s where the original was demolished in 1931, and it is believed that the return to Moscow of the monument to victory in the war of 1812 was mainly due to Luzhkov. 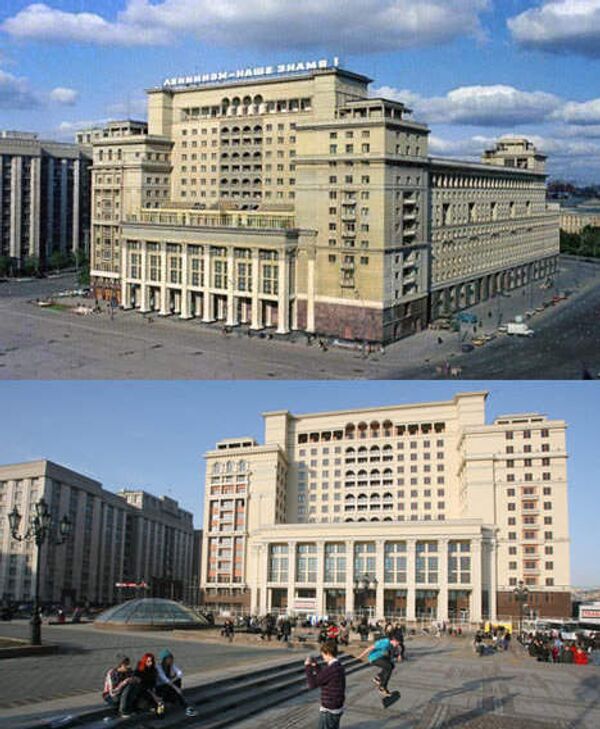 2/13
© Сollage by RIA Novosti
In 2004, the Hotel Moskva was demolished and has been rebuilt, although the date of its opening has been postponed numerous times. Experts say the building did not need to be reconstructed and it is one of Luzhkov’s most criticized acts in the architectural sphere. According to vesti.ru, more than $87 million have been lost to corruption during the reconstruction of the hotel. 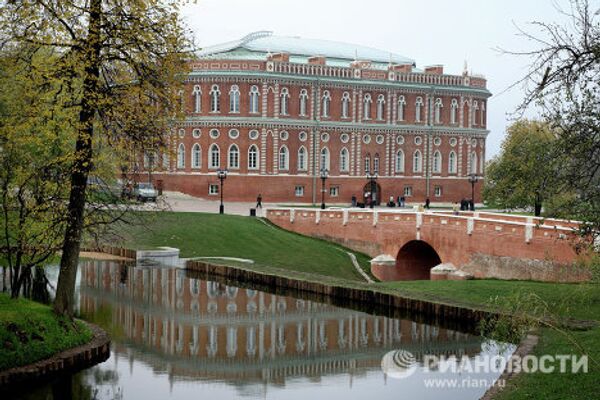 3/13
© RIA Novosti . Yury Artamonov
/
Go to the photo bank
In 2005, the Tsaritsino museum and reserve became the property of the city and within two years a large-scale rebuilding project had turned ruins untended for 200 years into a modern museum and exhibition complex. 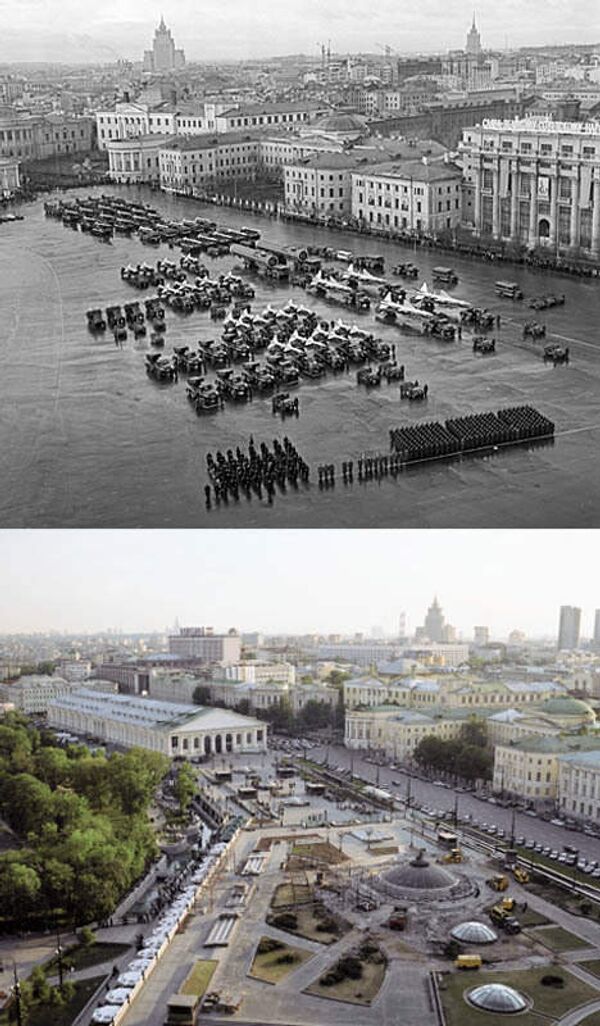 4/13
© Сollage by RIA Novosti
In the 1990s, a large underground shopping center Okhotny Ryad was build under Manege Square. Critics said its construction “practically destroyed” the square. Photo: Manege Square in 1965 and 2002. 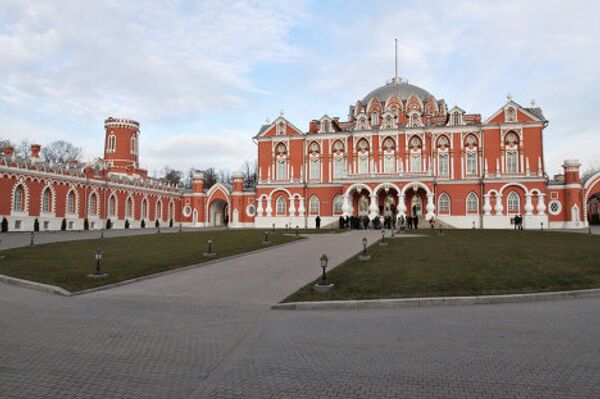 5/13
© RIA Novosti . Alexander Saverkin
/
Go to the photo bank
On March 5, 2009, after 10 years of reconstruction, Petrovsky Palace was opened. After the external works were completed, the interior of the palace, built on the order of Catherine II in 1776-1780 in honor of the successful end of a Russian-Turkish war, was presented in its original appearance. 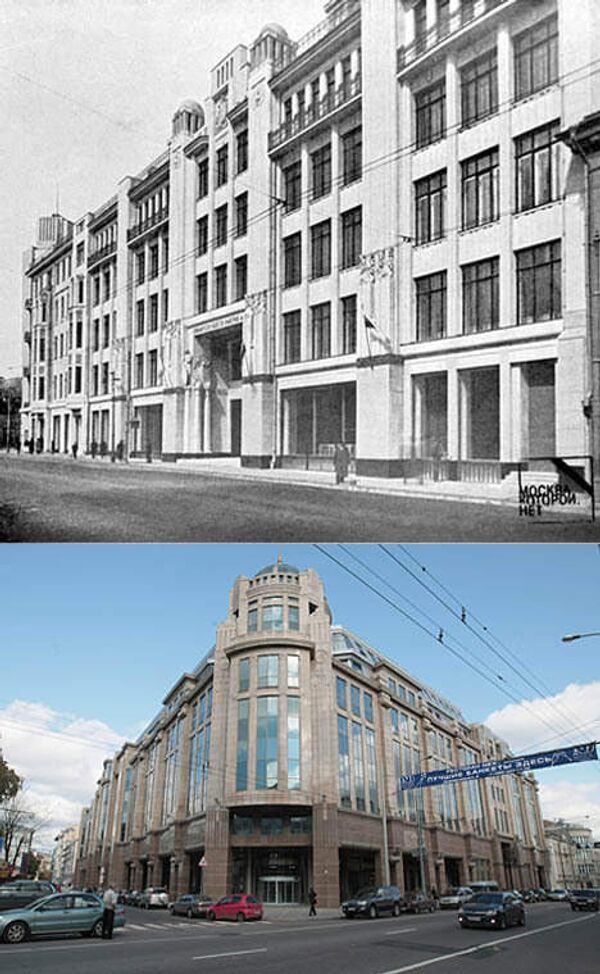 6/13
© Photo : Photo by "Moskva kotoroy net" project
Voentorg on Vozdvizhenka Street was a Style Moderne building constructed in 1910-1913. Despite public protests, it was demolished on Luzhkov’s orders in 2003 and the new building is much-changed from the original. 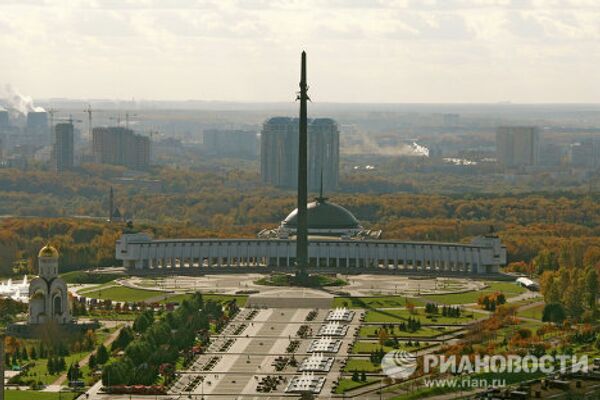 7/13
© RIA Novosti . Anton Denisov
In the 1990s the memorial complex on Poklonnaya Gora was built in honor of the 50th anniversary of the Soviet victory in the Great Patriotic War. A granite plaque was installed on Poklonnaya Gora on February 23, 1958, declaring that a monument to the war would be built on the site, but the complex was only completed when Luzhkov became mayor. In 2003, a chapel built in memory of Spanish volunteers who perished in the war opened on the territory of the memorial. 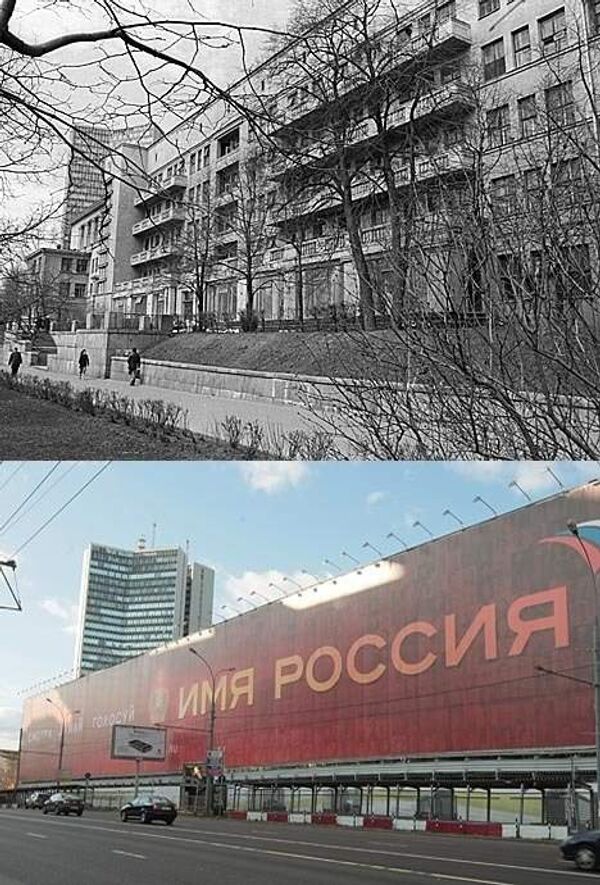 8/13
© Сollage by RIA Novosti
In 2006, the building of the State Central Institute of Kurortology, constructed in 1931-1935 upon design of Anatoly Samoilov, was destroyed. It was a combination of constructivist basis with decorative elements in the style of art deco, reflecting a transitional period in the history of the Soviet architecture. 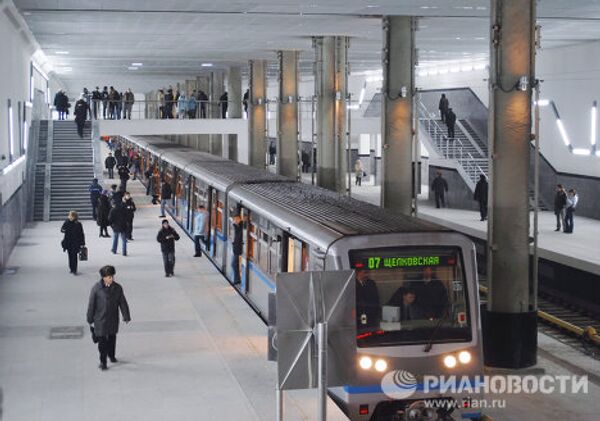 9/13
© RIA Novosti . Vladimir Sergeyev
/
Go to the photo bank
The Moscow metro expanded the number of its stations to 182 during the period when Luzhkov occupied his post. 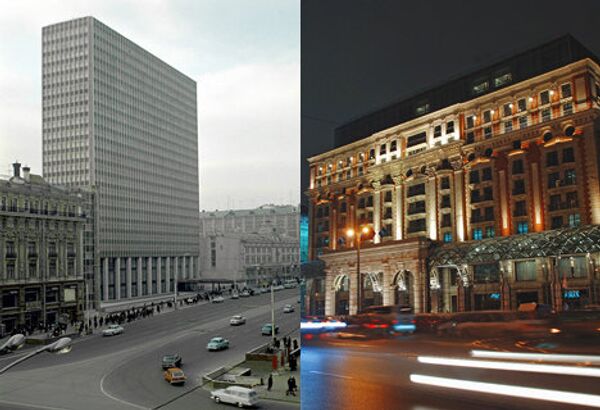 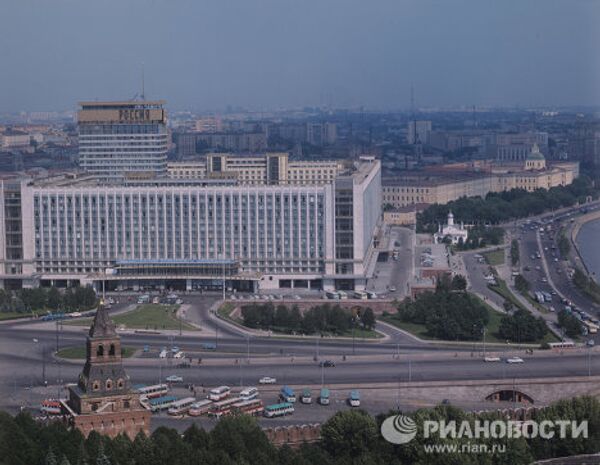 11/13
© RIA Novosti . Anatoly Sergeyev-Vasilyev
/
Go to the photo bank
And this building no longer exists. The Hotel Rossiya was demolished in 2006. 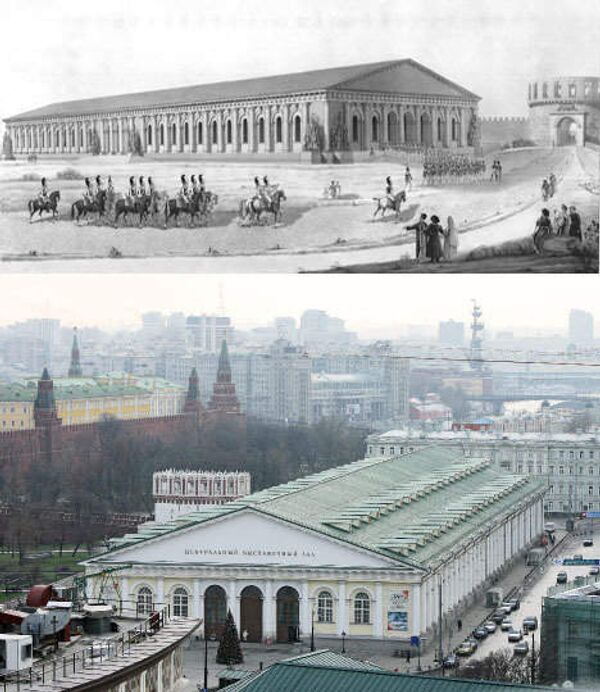 12/13
© Сollage by RIA Novosti
Moscow’s Manege was erected on November 30, 1817, to hold a parade marking the fifth anniversary of Alexander I’s defeat of Napoleon’s army. The building was severely damaged in a fire of 2004 and was reconstructed. Its interior and exterior were completely changed. 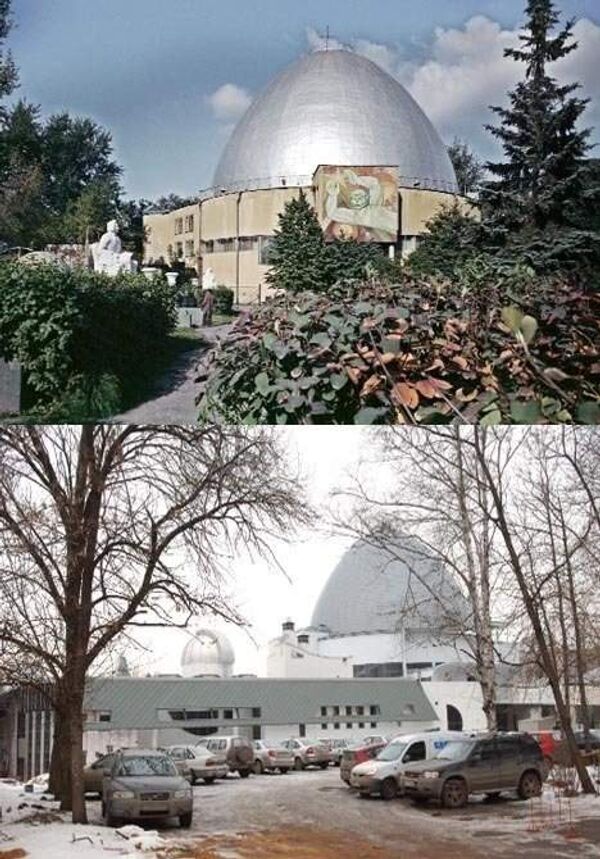