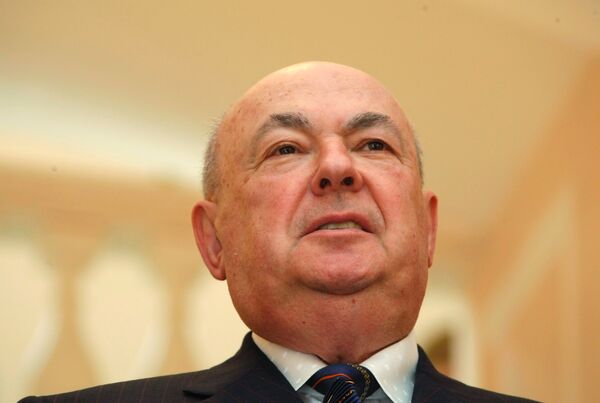 © RIA Novosti . Ilya Pitalev
/
Go to the photo bank
Subscribe
A new Moscow mayor to replace Yury Luzhkov is likely to be appointed by the end of October, the city's acting mayor said on Tuesday.

A new Moscow mayor to replace Yury Luzhkov is likely to be appointed by the end of October, the city's acting mayor said on Tuesday.

Luzhkov, 74, was fired earlier on Tuesday after weeks of speculation about his worsening relations with Russian President Dmitry Medvedev and his imminent dismissal or resignation.

"I do not feel like I am in the mayor's chair," Vladimir Resin, former deputy mayor and a Luzhkov ally, said.

"I am currently acting mayor. I know my place," he continued, adding that he expected a new mayor to be appointed in "about a month."

In recent weeks, he has been the subject of a 1990s-style smear campaign by state-run TV channels, which have slammed him for remaining on vacation while Moscow was choked by acrid smog in August, and for failing to tackle the city's most pressing problems: a near-constant traffic gridlock and widespread corruption.

He was also accused of using his position to help his wife, Yelena Baturina, to make billions through construction contracts in the Russian capital.

After returning from a week's vacation on Monday, Luzhkov announced that he would not resign voluntarily, extinguishing the Kremlin's hopes for a quiet exit for the mayor.