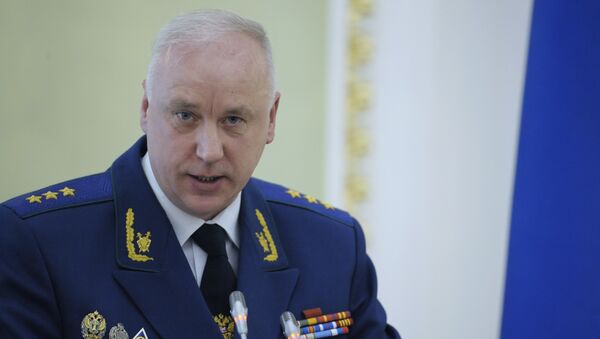 Russia's top investigator ordered on Tuesday a review of all cases concerning attacks on journalists, his spokesman said.

Russia's top investigator ordered on Tuesday a review of all cases concerning attacks on journalists, his spokesman said.

"[Russian Investigative committee head Alexander] Bastrykin ordered a prompt and thorough analysis of all criminal cases in which journalists are listed as victims," Vladimir Markin said.

Bastrykin met with members of the Committee to Protect Journalists earlier in the day.

The decision to reinvestigate the cases was made after the group presented "new information," Markin added.

Criminal cases launched before the Investigative Committee was established in Russia in September 2007, as well as those suspended or closed will also be reviewed.

During the meeting, Bastrykin also reported on the investigations into a number of high-profile cases.

In particular he said that police had identified, but not yet detained, the suspected murderer of rights activist and journalist Natalya Estemirova, who was abducted in the Chechen capital Grozny and killed on July 15, 2009.

Russia has one of the poorest journalist safety records in the world. With at least 35 journalists murdered between 2000 and 2009, the International Press Institute places Russia fifth in its ranking of countries most dangerous for journalists, after Iraq, the Philippines, Colombia and Mexico.