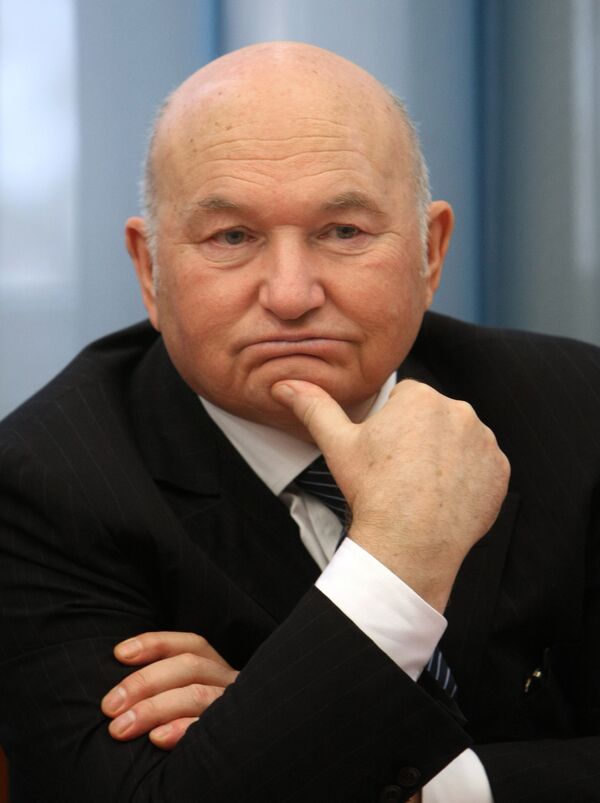 Moscow Mayor Yury Luzhkov's abrupt loss of the president's confidence and his ensuing departure from office could be seen as sensational news, but there was no other way out of the situation.

Moscow Mayor Yury Luzhkov's abrupt loss of the president's confidence and his ensuing departure from office could be seen as sensational news, as he seemed the consummate survivor; on the other hand, there was no other way out of the situation.

Natalia Timakova, President Dmitry Medvedev's spokesperson, gave a brisk and clear explanation: "There are two ways a regional leader can leave his post before his term ends. He can leave voluntarily by announcing his resignation or with a harsher wording of loss of confidence. The mayor returned from holiday yesterday. Today the president signed a decree. You can draw your own conclusions from that," Timakova told reporters in Shanghai.

There was no way Luzhkov could even have stayed in office until his term officially ends next summer. The Moscow mayor made a blunder of the sort that is considered worse than a crime in politics. The head of a city, albeit a city as important as Moscow, tried to set himself up as being on the same level as the country's leaders, and, worse still, tried to set them against each other.

That was not his only error. Several high-ranking Kremlin officials, who have remained anonymous, pointed out to Luzhkov how inappropriate his actions were and even warned him that a reaction could only follow. But he kept on as if he hadn't heard any such advice, threats or warnings.

All federal TV channels broadcast short pieces and longer documentaries exposing the nefarious activities of the Moscow mayor and his billionaire wife, Yelena Baturina. Both responded with claims that they plan to sue the media for defamation and libel. He continued to insist that he would never resign voluntarily, desperately clinging on to his mayoral seat. However, he refrained from any rash statements and sugar-coated his attacks in slick diplomacy.

And then it happened. Baturina, who had previously always shied away from politics, entered the fray by giving a purely political interview including several rather blunt statements. She said that the media's smear campaign against her husband, Mayor Luzhkov, had been masterminded by people who feared he would back Prime Minister Vladimir Putin, rather than Medvedev, in the 2012 elections.

From that moment on, it became irrelevant whether her outburst really was the last straw or whether by then Luzhkov's departure from office had already been decided. After all the televised exposes, his own statements that were quite inappropriate for a state official added to his wife's deviation from political form, what option was there but to sack him?

The harsh wording, "dismissed over loss of confidence," is stipulated by the Russian law on the general structure of government bodies in the constituent regions of the Federation. Luzhkov is no innocent babe and must have been well aware of that. He had his week-long vacation, and a whole day after he returned, to make the decisions he needed to make if he was to avoid this public humiliation.

However, it seems the veteran politician and tough economic manager didn't just lose his president's confidence - he also lost his own grip on reality. Perhaps he overestimated his own political clout and stamina. And he was put in his place. Sacked. Thrown out without any reward for or appreciation of his past service in office.

Nature abhors a vacuum, and a successor to Luzhkov has surely already been chosen. His deputy, Vladimir Resin, currently acting mayor of Moscow, is unlikely to linger in office, and will probably soon be going the same way as his boss.

Vyacheslav Volodin, secretary of the pro-Kremlin United Russia party, was fast to dissociate himself from his disgraced comrade: "We are sorry to hear that one of the party's founders has, due to his own errors, lost the confidence of the president." He also confirmed that the party was discussing candidates for the next mayor of Moscow.

Therefore, the interregnum is unlikely to last long. The top Moscow post will change hands without scandal, in a smooth and professional manner. And only time will tell how Yury Luzhkov will be remembered.