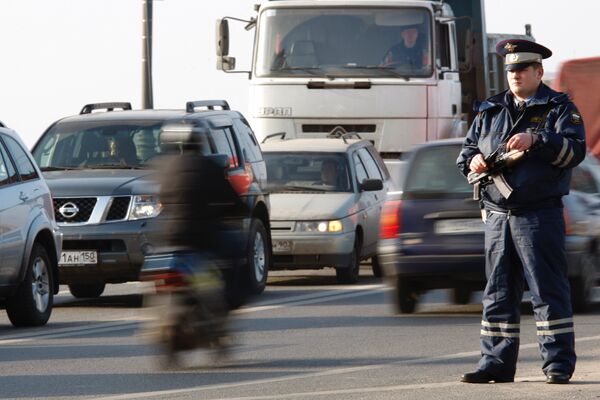 "It is very important for us now only the best of the best to join [the Russian police]. That's why we thoroughly select our future employees," Nurgaliyev said.

The police candidates will have to fulfill a traditional questionnaire, to undergo a reevaluation and then to find a warrantor.

"A future policeman must have positive characteristics," the interior minister said.

Nurgaliyev said the interior ministry plans to hold regular questionnaire polls to determine whether the Russians are satisfied with police.

Residents will also have the capability to complain on policemen by phone. Earlier Russian President Dmitry Medvedev offered a special police hotline to be set up.

The state of Russia's police has become a great concern after a number of high-profile police scandals, including the random shooting of several people in a supermarket by an off-duty police officer in April 2009.

In response to growing criticism, Medvedev ordered a large-scale reform of the police department in December 2009, including cuts in officer numbers and the increase of salaries.