Arctic Forum - a public chamber for the Arctic 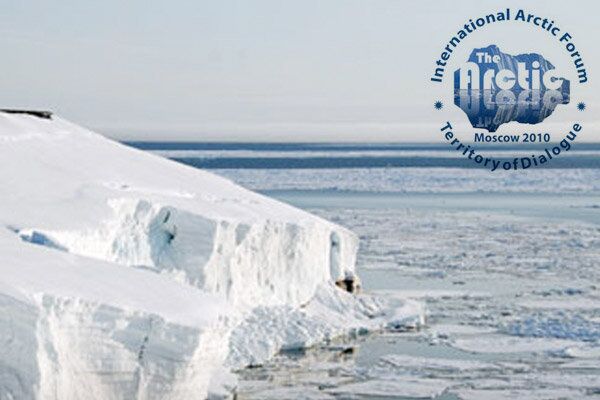 The international forum The Arctic: Territory of Dialogue wrapped up today in Moscow. During the two-day event, participants discussed all things Arctic from every possible perspective, including the perspectives of every country with Arctic territory (Russia, Canada, the United States, Denmark, Norway, etc).

The international forum The Arctic: Territory of Dialogue wrapped up today in Moscow. During the two-day event, participants discussed all things Arctic from every possible perspective, including the perspectives of every country with Arctic territory (Russia, Canada, the United States, Denmark, Norway, etc).

The issues covered at the event ranged from climate and environment to natural resources and competing national claims over territory. Last but not least, the participants discussed the prospects for the regions development over the next 5, 10, 15, and 20 years.

In his closing remarks, Russian Prime Minister Vladimir Putin said what has long been said by environmentalists, climate scientists, animal rights advocates, explorers, and many others. He said that the "price of the 'Arctic issue' is much higher than, for example, the billions of barrels of oil and gas that can be produced there, which are a subject of so much discussion in many countries." The prime minister added: "With an irresponsible attitude to the Arctic today, we may face global problems tomorrow as opposed to global benefits."

Those familiar with Arctic issues were clearly encouraged by these words, and they embraced this Arctic forum organized by the Russian Geographical Society with the participation of the Russian news and information agency RIA Novosti. The promise to hold the event on a regularly basis has given Arctic enthusiasts even more cause for celebration.

Any effort to open a dialogue on major global problems is inherently positive. The "Arctic seminar" in Moscow is also very important for the tone it has set. There are at least two reasons for optimism (if the forum becomes an annual event, as many hope).

First, it will serve as a great international platform to discuss Arctic issues, involving not only the Arctic Quintet (Russia, USA, Canada, Norway and Denmark), but also neighboring states, scientists, indigenous peoples, business leaders, etc. However, a forum like this will be unable to settle the legal disputes over the forthcoming division of the Arctic into national zones.

It is not an appropriate venue for such disputes. What it can help with, though, is to prevent the new "owners" of the land from engaging in selfish, unneighborly behavior once the region is divided up. The fact that some concrete proposals have been made at the forum is encouraging. These include ideas to create a single international Arctic information space, develop a common Code of Conduct for the Arctic, hold an Arctic decade (following the Year of the Arctic), and jointly create a Global Atlas of the Arctic, encompassing its geography, natural resources, and climate.

Russia, for its part, has already suggested that World Bank set up a Trust Fund for Cooperation in the Arctic, which is a step in the right direction. The Russian government and private companies are ready to begin funding this "Arctic bank." The fund will finance the development of safety measures for all infrastructure projects in the Arctic and the adoption of the latest high-tech innovations.

Forums like this can do more to protect the Arctic ecosystem than government and diplomatic conferences. It may become a good format for monitoring the extent to which governments and corporations meet their commitments. The forum can become an International Arctic Public Chamber of sorts.

Second, (this is first as far as Russia is concerned, of course), a forum that is attended by Prime Minister Vladimir Putin and draws so much attention from president Dmitry Medvedev clearly shows that the Arctic has finally moved to the center of the government's attention. There is simply no longer any excuse for ignoring this vast region (Russia has the largest Arctic territory), which, despite being home to just 1.5% of the country's population, accounts for 11% of its GDP and 22% of all Russian exports (primarily hydrocarbons).

A complete "perestroika" in the Russian Arctic will certainly take a lot of time and money. And we should be very careful with the numerous estimates of the mineral reserves buried beneath the ice, snow, permafrost, and continental shelves. Based on the latest information presented at the forum, estimated oil reserves in the Arctic total 51 billion tons; gas reserves stand at 87 trillion cubic meters. Of that amount, Russia can lay claim 9 billion tons and 10 trillion cubic meters, respectively.

It is encouraging that Russia has finally come out of its Arctic hibernation and has started taking the Arctic seriously. And the forum is a testament to this. Oil, gas, nickel, tungsten, manganese, and gold should not be the key drivers here. What's more important is for Russia and all of its Arctic neighbors to really start addressing the environmental problems in the Arctic. We'll have trouble breathing otherwise.