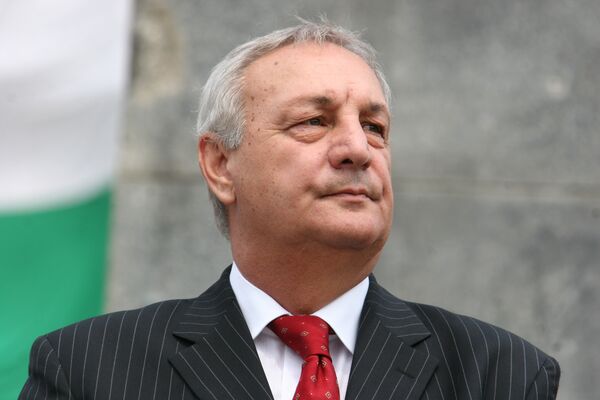 © RIA Novosti . Vladimir Popov
/
Go to the photo bank
Subscribe
Reduction in the quality of tourist services in Abkhazia has shrunk the tourist flow to the country, Abkhazian President Sergei Bagapsh said.

Reduction in the quality of tourist services in Abkhazia has shrunk the tourist flow to the country, Abkhazian President Sergei Bagapsh said.

Many of those Abkhazians engaged in the tourist sector of the country have become impolite and even rude with tourists, Bagapsh said in a TV interview. "We have been cultivating love to Abkhazia for centuries, but respect could be lost within a season," he said.

Georgian authorities have blamed Russia for the reduction of the tourist flow to Abkhazia.

However, Bagapsh said this position is incorrect. "Georgia should stop... proclaiming that it is Russia that hinders Georgia from normal life," Bagapsh said. Human and any other relations will improve when Georgia recognizes the independence of Abkhazia, he added

The Georgian Interior Ministry proclaimed "visiting Abkhazia and South Ossetia without the knowledge of the Georgian authorities" as a criminal offense in late August.

"Violators" may be fined up to $1,200 and those who "collude" with the authorities of the two territories could face up to five years behind bars, the ministry said.

Russia recognized Abkhazia and South Ossetia as independent states two weeks after a five-day war with Georgia in August 2008, which began when Georgian forces attacked South Ossetia in an attempt to bring it back under central control.

Since then, Russia has deployed thousands of troops and border guards to the two regions, which Georgia considers part of its sovereign territory.