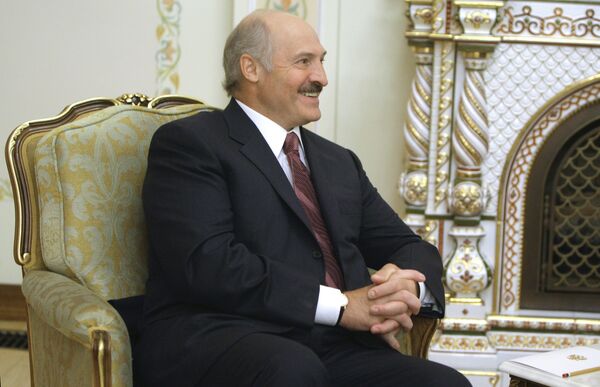 The Belarusian parliament has set December 19 as the date for presidential elections.

The Belarusian parliament has set presidential elections for December 19.

Incumbent Belarus President Alexander Lukashenko earlier hinted he would take part in the elections, but has not made any official statements yet.

Another possible candidate for presidency is Belarusian Liberal Democratic Party leader Sergei Gaidukevich who was Lukashenko's main contender in the 2006 presidential elections.

"December 19 is the most appropriate date for the presidential elections," parliamentary speaker Vladimir Andreychenko said, adding that many people would be able to vote ahead of school vacations and New Year's holidays.

Nominations of candidates will start on September 30, the head of the Belarusian Central Election Committee, Lidia Yermoshina, said.

The elections will cost about $12 million, while $9 million will be spent on the first round, Yermoshina said.

In 2009, relations between Belarus and Russia grew strained over a series of economic and political disputes, including Russian energy supplies, a milk export row and Lukashenko's reluctance to sign a deal to set up a post-Soviet rapid reaction force.

Relations were worsened this year by a gas dispute and, more recently, by Belarus's reluctance to join Russia in recognizing the independence of the former Georgian republics of South Ossetia and Abkhazia.