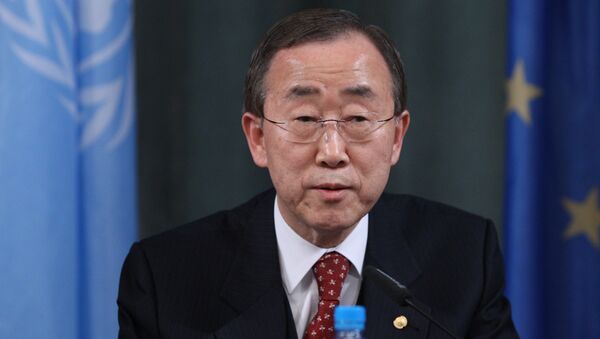 "On numerous occasions I have been urging and use this opportunity to urge again Iran to extend its cooperation with the [International Atomic Energy Agency] and to resolve all outstanding issues. I will have an opportunity to meet with the officials from the Iranian leadership, possibly with the President of Iran during the General Assembly," he said.

The 65th session of the UN General Assembly will open in New York on Tuesday.

"The latest report of the IAEA is a source of concern. It clearly says that [the] Iranian government does not fully cooperate with the Agency to permit the Agency's inspectors to confirm that all the materials used in the program are for peaceful purposes," the UN secretary general added.

He did not give the exact day of the meeting with the Iranian officials, saying his agenda is currently being drafted with many foreign delegations filing requests for talks.

Western powers suspect Iran of seeking to build nuclear weapons under the guise of its nuclear program, which Tehran says is aimed at the peaceful generation of civilian energy.