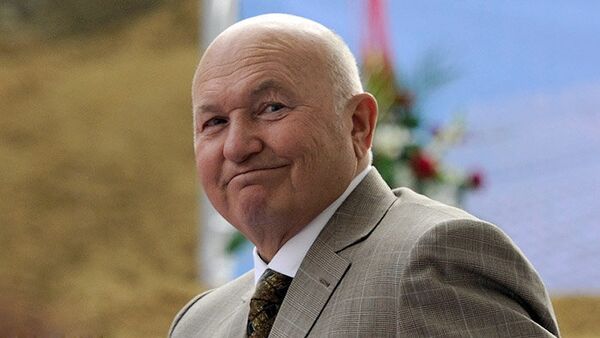 Russian state-run TV channels are ready to provide materials proving that their programs tarnishing the image of Moscow Mayor Yury Luzhkov were based on true facts, the channel's press services said on Monday.

Russian state-run TV channels are ready to provide materials proving that their programs tarnishing the image of Moscow Mayor Yury Luzhkov were based on true facts, the channel's press services said on Monday.

Luzhkov and City Hall said on Monday they were going to file a defamation suit against TV channels that had aired material attacking the mayor.

On Friday, NTV TV channel aired a documentary accusing Luzhkov and his wife Yelena Baturina of large-scale corruption. The Cap Affair documentary, its title referring to the mayor's famous black cap, said Baturina, the world's third richest woman, had used her husband's position to amass her wealth, reported by Forbes as $2.9 billion.

The 30-minute film also accused 74-year-old Luzhkov of relaxing on vacation while Moscow was choking in the acrid smog that hit the capital this summer.

Other TV channels have also aired material aimed against the mayor.

The Baturina-owned Inteko company also released a statement earlier on Monday, saying it would file a separate suit over what it called "obvious lies."

Some experts have compared the reports with "information wars" fought by Russia's opponent political forces though major media outlets amid the instability of the 1990s.

NTV Director General Vladimir Kulistikov said his channel was ready to face the mayor in court.

"Discontent by the powerful and rich is not new for NTV. We are ready to be accountable for the veracity of the facts, especially as after they had been aired, we received a stream of curious documents proving these facts," he said, adding "with such public support, there is no reason for us to back off."

A spokesman for Russian TV broadcaster VGTRK said the facts aired by the channel were in line with its editorial policy, adding that "Moscow issues" would remain a focus of attention of all information services run by VGTRK.

Relations between Luzhkov, who has been in office since 1992, and President Dmitry Medvedev are believed to have worsened lately. The dispute is thought to have its roots in a September article by Luzhkov in the Rossiiskaya Gazeta government daily that hinted at criticism of the Medvedev-Putin tandem.

The Kommersant daily said on Monday, citing an NTV source, that the Cap Affair program had been ordered by the Kremlin a mere two days before it was aired.

Luzhkov, whose current term in office comes to an end next June, denied however that he was in conflict with the president, saying "there are no conflicts, there are different opinions."