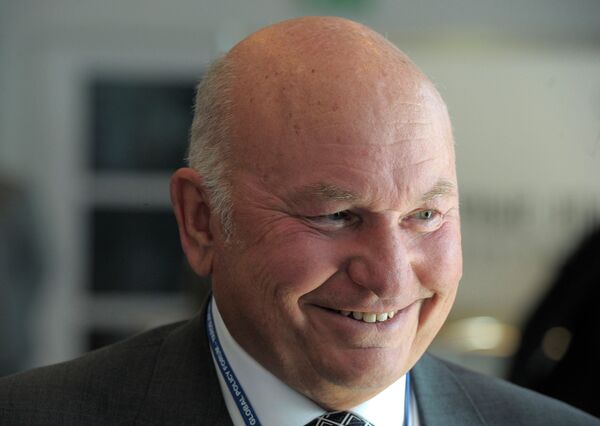 Moscow Mayor Yury Luzhkov said Friday he will not leave his post before his term of office ends in 2011.

Moscow Mayor Yury Luzhkov said Friday he will not leave his post before his term of office ends in 2011.

Luzhkov, who has been Moscow's mayor since 1992 but frequently has to dismiss rumors he will resign, was speaking at the Global Policy Forum in the city of Yaroslavl some 250 km northeast of the Russian capital.

Asked whether he will work at his post until the end of his term, Luzhkov said: "I have no grounds to say otherwise."

According to Russian business daily Vedomosti, Luzkhov has the support of Prime Minister Vladimir Putin, while the Kremlin would like to see him replaced.

Journalists at the Yaroslavl forum, where President Dmitry Medvedev was the main speaker on Friday, asked Luzhkov about his "conflict" with the federal authorities.

"I do not believe I am a person in conflict with the [presidential] administration. I do not even believe it necessary to answer your question in more detail. There are no conflicts, there are different opinions," he said.

The Moscow mayor said he believes it is normal that his opinion and the president's opinion differ on some points.

"Well, what of it? We have a democratic country, a country of free people, and it is absolutely normal," he said.

"If we were unanimous in everything, it would be more difficult and dangerous for the state than having different opinions, different positions, and making decisions on the basis of these opinions," Luzhkov said.