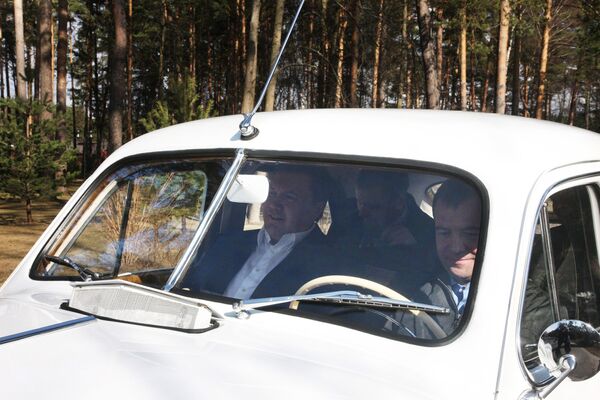 "It is expected that the presidents will take part in the ceremonies dedicated to the 100th anniversary of the Emperor Nicholas II Russia Prize Auto Rally between St. Petersburg and Kiev," Timakova said.

"Medvedev and Yanukovych will drive part of the route themselves," Timakova said. Medvedev will drive his own Pobeda car [GAZ-M20] manufactured in 1951, she added.

"The presidents are expected to get hold their meeting at the Zavidovo residency [Tver region]," Timakova said.

Ukrainian politicians, artists and sportsmen will also take part in the rally.

Russian-Ukrainian relations worsened during the presidency of pro-Western leader Viktor Yushchenko. In February 2010, Yanukovych came to power which resulted in a thaw in previously frozen relations between Moscow and Kiev.

Both countries have seen an improvement in bilateral economic and trade cooperation.