Oil find reported in the Arctic sooner than expected 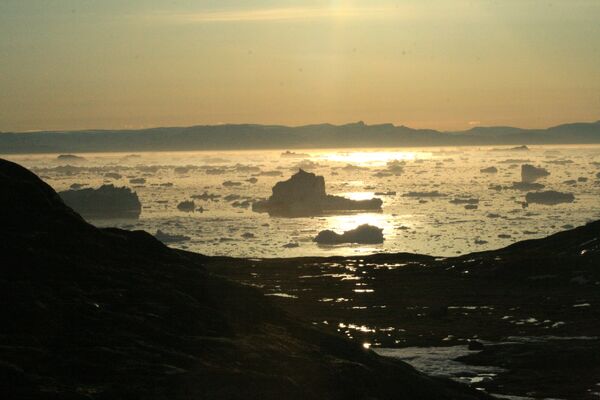 Oil fever could strike the Arctic sooner than expected and is likely to be accompanied by a host of problems. A U.K. rival to BP, Cairn Energy, announced last week: "First well in Greenland provides early indication of working hydrocarbon system" in the Beaufort Sea.

Oil fever could strike the Arctic sooner than expected and is likely to be accompanied by a host of problems. A U.K. rival to BP, Cairn Energy, announced last week: "First well in Greenland provides early indication of working hydrocarbon system" in the Beaufort Sea.

The company is to make its exploration results public in October, but the question of whether there is oil off Greenland has already been answered. The next question is when commercial production there can begin.

Early next week, Greenland's Bureau of Minerals and Petroleum is to announce the winners of the tender for exploratory drilling in the Beaufort Sea. Additional auctions are to be held next year and one more auction a year later. The world's largest oil companies with production experience in high latitudes - U.S. ExxonMobil and Chevron, Anglo-Dutch Shell and Norway's Statoil - are keen to bid for the licenses.

There are several factors pointing to the seriousness of the situation. Cairn Energy, a company headquartered in Edinburgh, Scotland, is focused on offshore drilling in difficult conditions. Its annual turnover is $600 million and it expects a net income of about $180 million this year.

Cairn has not struck oil yet but has said that one of its two rigs in the Baffin Bay Basin, off the west coast of Greenland about 400 km (249 miles) north of the Arctic Circle, has met with thermogenic gas in shallow sands, which can be an indicator of sizeable hydrocarbon deposits.

The company announced that it had signed a deal to sell a controlling stake in its subsidiary, Cairn India, which has oil exploration and production licenses in India and the Indian Ocean, for $9.6 billion. Cairn plans to invest the revenue in projects in the high-latitude Atlantic Ocean and off Greenland, in particular to drill four more wells in the Baffin Bay Basin, each worth $100 million.

Meanwhile, Greenpeace has swung into action in the Beaufort Sea, confronting the coast guards, navies and police of Denmark and its overseas territory, Greenland. The largest Greenpeace ship, the Esperanza, is at the site in a stand-off with Cairn and Danish Navy warships.

Greenland government has introduced a 500-meter exclusion zone around Cairn Energy's rig, but on August 31, several Greenpeace activists managed to break through the cordon and mount it, stalling its operation for two days.

Greenland's Prime Minister Kuupik Kleist said: "The cabinet regards Greenpeace's action as very serious and an illegal attack on the country's constitutional rights. This is clearly an illegal act, ignoring the rules of democracy."

With huge oil and gas resources within sight, Greenland's government could soon become the biggest enemy of Greenpeace and other environmental groups.

The planet's largest island has a population of 57,000 who derive their livelihood from fishing and $600 million in annual subsidies from Denmark, which is 55% of the island's budget (0.75% of Denmark's budget). There is no love lost between Greenlanders and Denmark, and the island has been working for independence these past 30 years. Greenlanders hope oil could yield sufficient revenue to finally liberate them from the colonial past, enable them to gain independence from Denmark and live a comfortable life. It's a quite understandable dream of becoming an Arctic Kuwait.

There are reasons to think that their dream could become reality.

Cairn's exploration results have been supported by data from the US Geological Survey (USGS), which two years ago started a year-long research into the Arctic's mineral resources. The project also involved Russian, Canadian, Danish, Greenlandic and Norwegian scientists.

According to the USGS, there is a 95% probability that there could be at least 90 billion barrels of oil and 50 trillion cubic meters (1,669 trillion cubic feet) of gas in the wider Arctic region. Americans claim that the region has 22% of the planet's mineral resources, including 30% of natural gas and 13% of oil. Oil is mostly to be found off Greenland and Alaska, while natural gas lies near or in Russia's Arctic region.

The U.S. and Canadian coast-guard icebreakers will start a new Arctic research survey on September 3. A similar Russian expedition has been in the area since mid-summer. The three groups are conducting seismic surveys, geological exploration and measuring sea depth, which is the first step to delineating the countries' Arctic borders and determining the amount of resources the region contains.

Cairn's discovery is likely to accelerate this work, even though it will be a very expensive undertaking. But there is no time to lose if you want to end up in pole position.

Environmentalists are above all worried that offshore drilling runs the risk of polluting the world's last untouched expanse, the Arctic, especially after the BP's Deepwater Horizon blowout in the Gulf of Mexico, which leaked nearly 5 million barrels of oil into the ocean.

Analysts warn that a similar disaster in the Arctic would have much more destructive consequences because hydrocarbons do not disintegrate in cold water and take a very long time to evaporate in freezing temperatures. This means that possible spills would sink to the seabed - polluting the ocean for years to come.