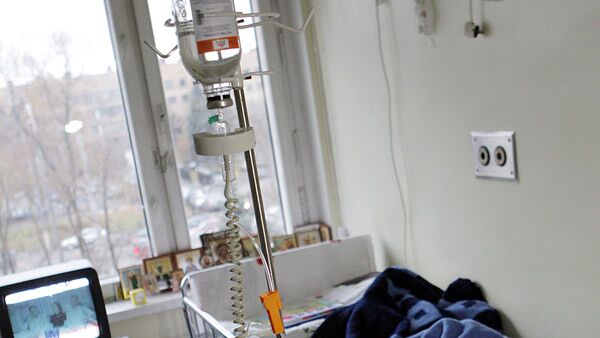 Vyacheslav Datsik, 33, was arrested in 2007 after a series of robberies in mobile phone stores. However, psychiatric examinations concluded that he was mentally ill and was exempted from being held responsible for the criminal charges.

Datsik was initially locked in a high security psychiatric clinic, but was transferred to a low security ward in mid-July. He escaped from the hospital on Saturday night.

"He tore a hole in a chain-link fence with his bare hands and fled. We immediately informed police about his escape," the fontanka.ru news website quoted the hospital's chief doctor Leonid Yefremov as saying.

An assistant at a cell phone shop in St. Petersburg has already reported to a local police station that a "hefty man" robbed his shop on Sunday, taking about 7,000 rubles ($230) and a Nokia mobile phone. The assistant reportedly identified the robber as Datsik from a police photo.

Datsik was repeatedly disqualified for being too violent with his opponents in the ring. He disappeared from the ring after losing six straight fights between December 2001 and February 2003.